The shamed star handwrote a letter to her former housemate.

Roxanne Pallett is said to have written a letter of apology to Ryan Thomas after she accused him of punching her repeatedly in the ribs while in the Celebrity Big Brother house.

Roxanne apologised to Ryan and his family for the allegations she made after she admitted she “got it wrong” during the two television interviews she has done since leaving the house. 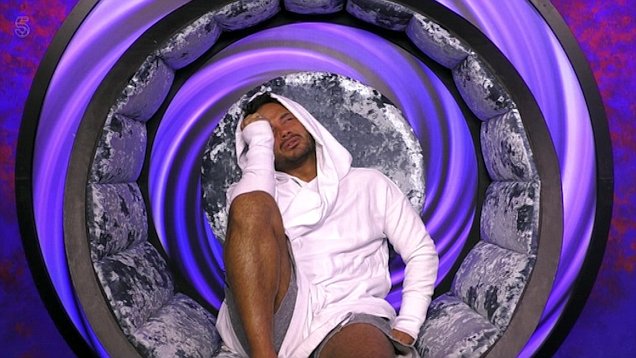 “Roxanne decided to write Ryan a letter of apology shortly after deciding to leave the house and having been interviewed by Jeremy Vine and Emma Willis,” a source told The Sun.

“She gave the note to a member of show staff to pass on to Ryan once he left the house rather than attempting to give it to him directly.

“Understandably there was a lot of commotion when Ryan excited the house victorious and he hasn’t been able to receive the letter yet.

“He’s aware of its existence though and it’s expected that he’ll receive it next week to be able to read it.”

Ryan has said he has no interest in meeting with Roxanne just yet, saying his priorities are his daughter Scarlett and his family.

popular
Traditional names such as Mary, Maureen, John and Michael may soon be extinct
Kylie Jenner fans are convinced she just announced her son's name
The 2 Johnnies share unbelievable catfish ordeal as woman 'targets 40 people'
This is how much Kourtney and Travis' wedding cost
Pink just announced she was pregnant in gorgeous image
Kevin Spacey charged with four counts of sexual assault against three men
Why Are Men so Obsessed With Boobs? The Answer is Pretty Surprising...
You may also like
3 years ago
Roxanne Pallett has some pretty interesting news, and we're not at all surprised
3 years ago
CBB's Ben Jardine shares sweet first photo of newborn daughter
3 years ago
Emma Willis finally opens up about THAT Roxanne Pallett interview
3 years ago
Ryan Thomas has received his 'letter of apology' from Roxanne Pallett
3 years ago
Looks like Channel 5 may already have a replacement for Big Brother
3 years ago
CBB's Ben just said 'there was a connection' there with Roxanne Pallett
Next Page