We miss it so much.

Since the final season of the best TV show ever created aired, there's been rumours that a Schitt's Creek film is in the works. Since no official confirmation has come from the show's creators, we're jumping on any indication of a character comeback we can... including spin-offs.

It's safe to say that spin-offs can be a tricky medium (let's not talk about Joey), but the possibility of a show centred around Stevie Budd is too exciting to ignore. When asked during a 'virtual hang' if she'd like to see a show like that made, Emily Hampshire, who played Stevie in all six seasons, was quick to fuel the possibilities; "I would be down for all of that." 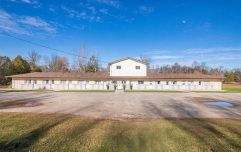 END_OF_DOCUMENT_TOKEN_TO_BE_REPLACED

When asked about a return to set, Emily admitted it would be an absolute pleasure as the cast genuinely got along, "The strange thing is, is that we actually all like each other. Usually when you're on a show, you don't want to spend a day with your entire cast and we did. We loved it."

The award-winning Canadian sitcom, written by Dan and Eugene Levy, first aired in 2015 and although it centres on the Rose family as they're thrust into poverty, the Rosebud Motel's Stevie Budd is, in our humble opinion, one of the standout characters of the entire show.

Stevie is the down to earth, relatable character that is so crucial to the Schitt's Creek format. The Rose family are untouchable, wealthy beyond belief, and without Stevie's dry wit and nonchalant behaviour, the show would lack a grounding that the fans depend on. As the character develops beyond the motel reception, the relationships that Stevie embarks upon, particularly with Johnny and David Rose, are a sight to behold. 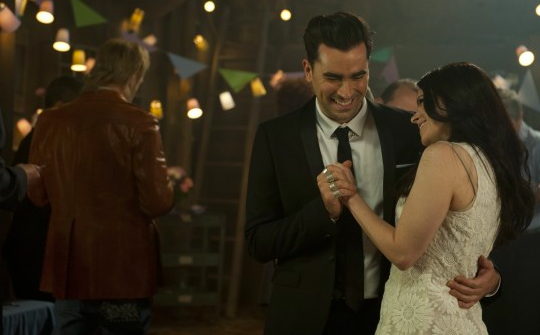 Stevie didn't need a romantic partner to be well-rounded and defined and the realm of possibilities of where Stevie ends up are endless. Fans have been pleading to find out more since the show ended and when quizzed if anything was already in the works - be it a reunion or another series - Emily kept tight-lipped saying, "I cannot share any details... because I want to do it!" she joked. "I would be fired. I wouldn't be asked back."

We're taking that as a glimmer of hope.

Girls With Goals || Her · Ep.161: Feeling Peachy - Sharon Keegan of Peachylean on being an absolute BOSS!
popular
Aldi is selling a 2in1 grill and fire pit just in time for summer
Meghan Markle posed with a Kate Middleton magazine cover in 2014
Aldi is selling outdoor string rattan chairs for €30
Trial date set for former nurse charged with murder of eight babies
Cork school may need to close due to "serious" Covid outbreak
Naomi Campbell welcomes baby girl
Here's what happens on every day of your menstrual cycle (roughly)
You may also like
7 months ago
Noah Reid tells us all about the potential Schitt's Creek movie
1 year ago
Better mark the calendars, season six of Schitt’s Creek is coming to Netflix next week
1 year ago
Season six of Schitt's Creek will be coming to Netflix in May
1 year ago
You can now get a Schitt's Creek colouring book on Etsy and yeah, we definitely need it
1 year ago
The trailer for Schitt's Creek's final season is here and our bodies, they are not ready
1 year ago
Schitt's Creek's final season finally has a premier date - and it's January 2020
Next Page