Virgin Media Television have announced season two of Blood will begin next week.

The drama will kick off at 9pm on Monday, February 24 on Virgin Media One.

Commissioned by VMTV, Blood has been one of the most successful Irish dramas to date, selling in over 65 territories around the world and more recently, winning a prestigious Writers’ Guild of Great Britain Award. 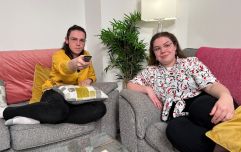 END_OF_DOCUMENT_TOKEN_TO_BE_REPLACED

The brand new series of the psychological thriller will see Jim Hogan (Adrian Dunbar) - still struggling from the controversial death of his wife Mary - return home after a year away.

He finds his eldest daughter Fiona ailing, slowly succumbing to the same illness that afflicted her mother, and her husband Paul struggling.

And while the premiere will see him determined to make amends and reconnect with his family, his efforts only seem to add to their grief - and things become even more difficult when he stumbles upon some suspicious activity at the farm where Paul works.

When Fiona's car veers off the road and crashes into a canal, her family gather round to support her. But the family are left are shocked to the core when Detective Dez Breen arrives with news of a disturbing discovery. 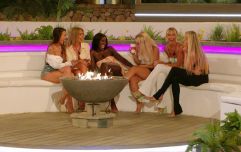 END_OF_DOCUMENT_TOKEN_TO_BE_REPLACED

“Blood has been central to VMTV’s strategy of high quality Irish programming with global ambition and has been a real success story for Irish drama. We are thrilled with the worldwide success of Blood to date, and series 2 is a real thriller from the off, with a car accident, a body and a murder mystery – and that’s just episode one," Bill Malone, Virgin Media Television Director of Content said.

"You don’t have to have seen the first series to be gripped by this thriller and once again, writer Sophie Petzal and cast, lead by Adrian Dunbar, have delivered a masterclass.”

popular
Bride asks for divorce day after wedding following groom's disrespectful cake stunt
Molly Mae shuts down backlash over her baby girl's name
Expert team end search for Nicola Bulley declaring she’s not in the water
Emma Pattison made distressed call to her sister before murder-suicide
Madonna calls out "ageism and misogyny" following Grammys appearance
Natalie Imbruglia's Torn is actually a cover and the original just isn't the same
We finally know what date Casa Amor will hit our screens
You may also like
2 months ago
A special showing of Vicky Phelan: In Her Own Words will air this Sunday
1 year ago
Gogglebox fans shook as Imelda May makes an appearance on the couch
1 year ago
Anna Daly bids farewell to Ireland AM in touching tribute
1 year ago
Everything we know about the Love Island reunion
1 year ago
Gogglebox Ireland are looking for new cast members
1 week ago
Love Island first look: The Hideaway is open tonight as Ron has something to tell Lana
Next Page