Selena Gomez's doppelgänger exists and our minds are blown

Selena Gomez has reigned supreme on Instagram for quite some time now with over 130 million followers on the social media site.

Yes, the singer is the queen of Instagram and her huge popularity is having a knock-on effect on others.

Sofia Solares is one of those people and that’s all down to her uncanny resemblance to the singer.

22-year-old Sofia is nearing in on 500,000 followers on Instagram and many of those followers are there for the pure shock they get every time she uploads.

Yes, most selfies that Sofia uploads are inundated with comments from Selena fans commenting on how alike the pair are, even tagging Gomez to draw her attention to the similarities.

“She looks more like Selena than Selena does,” reads one of the comments on Sofia’s posts.

Comments like these have become so common that Sofia has been approached by many media outlets for interviews.

“I love Selena Gomez and I declare myself a fan of her,” she told E! News earlier this year.

“Of course, it would be a dream to know that she knows of my existence and will devote a few seconds to write me something!” 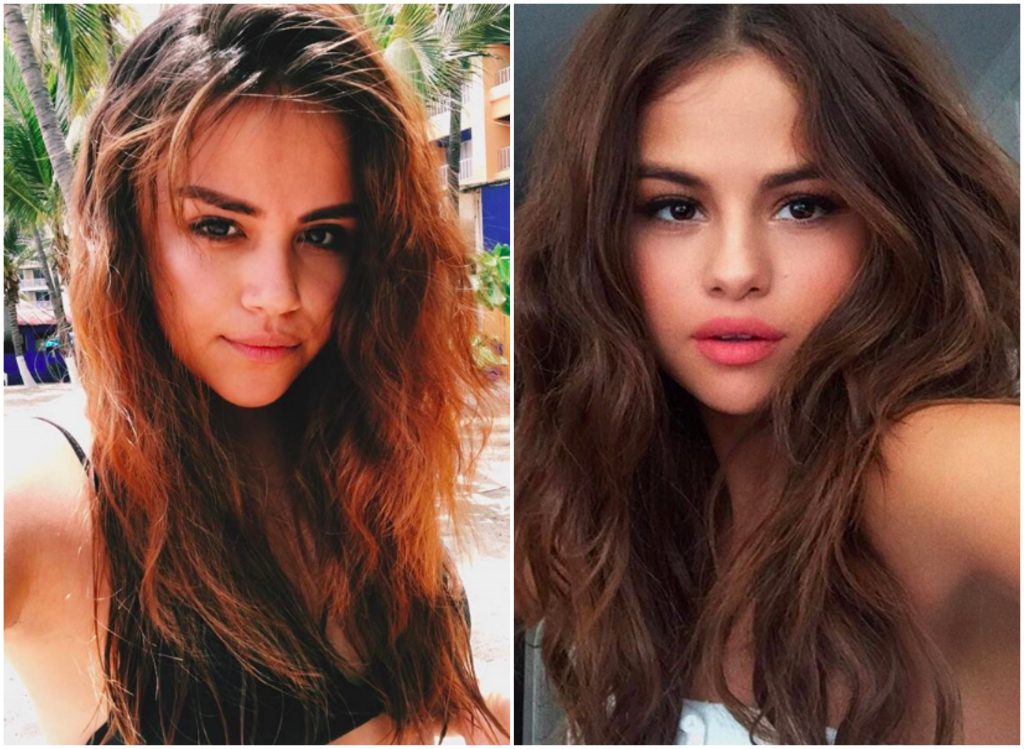 Girls With Goals || Her · Ep.160: The Beauty Of Coaching - Hayley Harrison joins us from Sport Ireland
popular
Regé-Jean Page arrives in Ireland to shoot new movie
A pink tampon disposal glove has been created - by three men...
Here's what happens on every day of your menstrual cycle (roughly)
Starbucks' new Happy Hedgehog cups would be the perfect pairing for a park date
Someone has ranked the penis size of men from all over the world
25 Signs You've Got A High-Maintenance Man
How to INSTANTLY unblock your stuffy nose (we swear this works)
You may also like
1 month ago
Sarah Harding reveals her cancer has spread and admits this Christmas was 'probably her last'
1 month ago
Stacey Solomon has revealed the role her boys (and dogs) will play at her wedding
2 months ago
JoJo Siwa introduces her new girlfriend in anniversary Instagram post
6 months ago
Jackie Stallone: Celebrity Big Brother star and Sly's mother dies aged 98
8 months ago
Ed Sheeran is reportedly expecting a baby with wife Cherry Seaborn
10 months ago
Model Joanna Cooper has introduced her new puppy 'Kevin' to the world
Next Page