Her latest role is coming to BBC.

Sharon Horgan has her eyes set on a brand new role, but it's nothing like anything we've seen her in before.

We're used to seeing the actress on screen and in the writing chair for comedies and having us constantly laughing by her work. 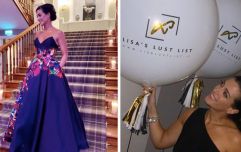 Triumph over trolls: Lisa’s Lust List opens up about her highcourt win

END_OF_DOCUMENT_TOKEN_TO_BE_REPLACED

But this new BBC film is putting Sharon in a new type of role, a more dramatic one.

She is set to appear alongside James McAvoy in the new film Together which tells the story of a married couple living in the UK during the first few days of lockdown last year right up until the present day.

With the director of The Crown Stephen Daldry claiming the film was a "wild adventure", it definitely sounds like something that will have us at the edge of our seats the whole way through.

Sharon headed to Instagram to share a clip from the new film, saying: "I do not know how this happened but I’m so glad it did." 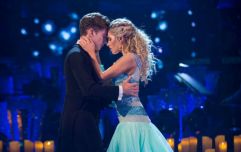 END_OF_DOCUMENT_TOKEN_TO_BE_REPLACED

The film sees the husband and wife take a hard look at not only themselves but their relationship with each other, during the various lockdowns, starting from March 2020.

Sharon's character is a charity worker, working with refugees all over Europe while James's is a self employed computer consultant.

He is forced to let go all his staff once lockdown hits and begins growing vegetables, but the global situation proves to be a dagger for their marriage.

For the sake of their 10 year old son, they couple try to make things work, but that might not be the simple solution they're looking for.

Together is airing on BBC Two on Thursday, June 17 at 9pm.


Girls With Goals || Her · Ep.161: Feeling Peachy - Sharon Keegan of Peachylean on being an absolute BOSS!
popular
Love Island fans pine for Tommy Fury's loyalty after last night's episode
Charlie Haughey's grandniece has won big for Hong Kong in the Olympics
Simone Biles pulls out of all-around Olympics final due to mental health
You can now rent out the Harry Potter house on AirBnB
The sad reason why viral gymnast, Katelyn Ohashi, isn't on the USA Olympic team
Rachel Wyse And Galway's Joe Canning Are Reportedly Dating...
Here's what happens on every day of your menstrual cycle (roughly)
You may also like
3 years ago
It's official... IT: Chapter 2 has started production with a very famous actor
3 years ago
This is exactly how James McAvoy got totally ripped
3 years ago
James McAvoy is now RIPPED and the Internet is legit loving it
3 years ago
Michael Fassbender and X-Men cast visit children's hospital in Montréal
5 years ago
Jennifer Lawrence heads up a stellar line-up on tonight's 'The Graham Norton Show'
6 years ago
VIDEO: Nicholas Hoult Goes to a Taylor Swift Concert and Dances Like Nobody's Watching
Next Page