The series was recently announced at Sky's Up Next, where the broadcaster unveiled its  largest ever slate of programming for 2020 - which includes the commission of 10 new Sky original programmes in drama, comedy and entertainment.

The six-part Two Weeks to Live tells a comic tale of love and revenge born from a seemingly harmless prank that goes terribly wrong.

END_OF_DOCUMENT_TOKEN_TO_BE_REPLACED 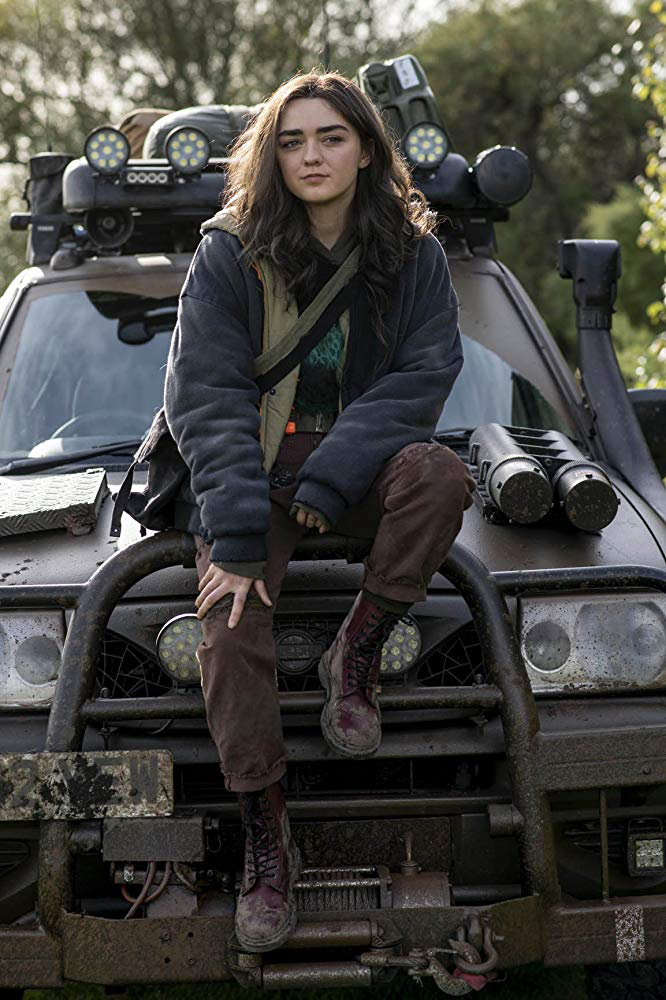 Two Weeks To Live revolves around Kim Stokes (Williams), a strange young misfit who was just a little girl when her father died in murky circumstances. Following his death, her mother Tina whisked her away to a remote rural life of seclusion and bizarre survival techniques.

Now all grown up, Kim sets out into the real world for the first time to begin a secret mission of honouring her father’s memory. Meanwhile, socially awkward Nicky (Rizwan) isn’t good at impressing girls, and when Kim walks into his and brother Jay’s (Modak) local pub, it sets in motion a chaotic series of events that puts all their lives in danger. Who would have thought a few drinks and an ill-judged prank could go so violently wrong?

Tina arrives in search of Kim and the unlikely crew soon find themselves on the run from murderous gangsters and the police with a massive bag of stolen cash. But Kim is no ordinary fish out of water – she’s more like a great white shark who knows how to strip a Smith & Wesson SDVE pistol in 6 seconds flat and skin a deer to make a sleeping bag whilst perfectly reciting the lyrics to ‘I Will Survive’.  With her in their team, they might all just get out of this alive.

Created and written by Gaby Hull (Cheat), the six-part series will be produced by Kudos, part of Endemol Shine UK. It was commissioned by Zai Bennett, Managing Director Content, Sky and Jon Mountague, Director of Comedy, Sky.

The series will be executive produced by Morwenna Gordon from Sky and Phil Temple from Kudos, produced by Charlotte Surtees and directed by Al Campbell. It will be distributed by Endemol Shine International.

You can check out the trailer for Two Weeks To Live - which is expected to debut later this year - below.

Girls With Goals || Her · Ep.151: 'A Story Shared' - Aoife P. Rafter on blogging during a pandemic and living with CF
popular
Around the world: The most popular baby names in major cities across the globe
Matt LeBlanc And Matthew Perry Reveal Reason Why They Didn’t Attend Jennifer Aniston’s Wedding
Netflix announces new true crime documentary series: The Vanishing At The Cecil Hotel
Irish people are smoking more since start of pandemic, says study
Here's the average age people lose their virginity around the world
Someone has ranked the penis size of men from all over the world
Multiple concerts to be planned across EU to mark end of Covid this summer
You may also like
1 week ago
This Morning interview with Graham Norton goes disastrously wrong
1 week ago
Did you spot this? Bridgerton's Claudia Jessie also starred in Line Of Duty
2 weeks ago
New series of Reeling In The Years to air on RTE this spring
2 weeks ago
"Calling new islanders": Love Island is now casting for next season
2 weeks ago
Here are some of the best movies on TV this Monday
2 weeks ago
14 TV shows that everyone is going to be talking about in 2021
Next Page