Sony reveal 16K television that is as tall as a giraffe

Sony has unveiled an incredible, gigantic 16K television that is as tall a giraffe, and twice as long as the world's longest snake.

4K televisions are generally the highest level consumer TVs available at the moment. This absolute beast has four times as many pixels as those, and 64 times as many as a standard 1080p HD television.

This means you can walk right up to it, and the image won't look blurred. 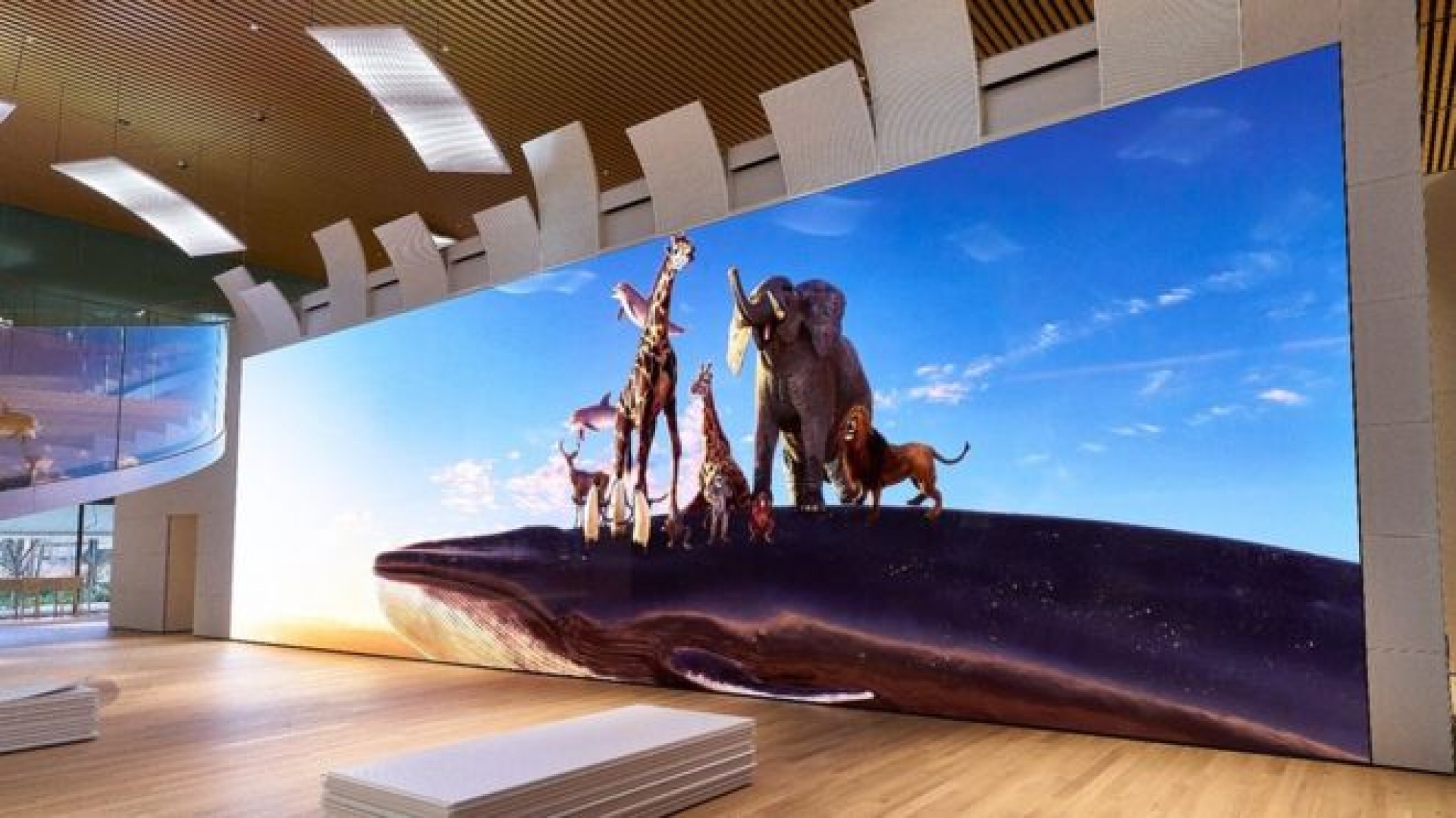 Sadly, you won't be able to get this in your living room any time soon. It was announced at the National Association of Broadcasters (NAB) trade show, which is going on in Las Vegas at the moment. The television itself is actually being installed in the city of Yokohama, for the Japanese cosmetics group Shiseido. It is so big it will span two different floors of the building.

Very little 16K footage actually exists, so Shiseido have had to produce their own video of wildlife to show on it.

Sony did previously make a 16K television which was installed at Tokyo's Haneda Airport - but that was actually made out of 16 smaller HD televisions.

Girls With Goals || Her · Ep.151: 'A Story Shared' - Aoife P. Rafter on blogging during a pandemic and living with CF
popular
Around the world: The most popular baby names in major cities across the globe
Matt LeBlanc And Matthew Perry Reveal Reason Why They Didn’t Attend Jennifer Aniston’s Wedding
Netflix announces new true crime documentary series: The Vanishing At The Cecil Hotel
Here's the average age people lose their virginity around the world
When will lockdown end in Ireland?
Katie Price moves son Harvey to residential college to give him a chance at an independent life
Domino's is giving away free pizza to Ireland's frontline care workers
You may also like
1 month ago
BBC confirms Line of Duty season 6 will air by March 2021
4 months ago
Tiger King season 2 is apparently in the works, and Carole Baskin wants some serious pay to star in it
7 months ago
PSA: the original Buffy the Vampire Slayer is returning to the television
1 year ago
In tonight's Finné, Martin Ridge tells the story of how he uncovered the clerical sex abuse in Donegal
1 year ago
Dee Woods: Don't take away my Home and Away you flamin' galahs!
1 year ago
Every character from Saved By The Bell, ranked from worst to best
Next Page