Did you spot this reference to Pete Davidson's genitals in the Thank U, Next music video?

In the long-awaited Thank U, Next music video, Ariana Grande did not just deliver the break-up anthem 2018 needs but also the music video which brought back a whole heap of nostalgia to every 90s kid ever.

Recreating scenes from Legally Blonde to 13 Going On 30 and Mean Girls, Ariana reflects on her exes and the impact they had on her life. 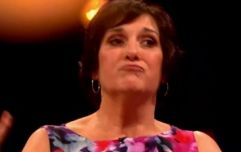 END_OF_DOCUMENT_TOKEN_TO_BE_REPLACED

In one scene, the star is lying on her bed writing into a "Burn Book" similar to the one spotted on Mean Girls - while opened on a page of Pete Davidson, Ariana wrote "sorry I dipped" - revealing that she must have been the one to end the relationship as well as the words "HUUUUUGE" which we can only imagine refers to the SNL star's reportedly big willy.

In a now-deleted tweet from when they were an item, Ariana tweeted about the size of her fiancé's penis admitting that it was in fact, huge - "10 inches" huge. 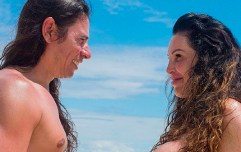 The German version of Love Island just ended and it's actual filth?

END_OF_DOCUMENT_TOKEN_TO_BE_REPLACED

The term Big Dick Energy "BDE" was then derived from this. Big Dick Energy is about having the aura, the vibe, the energy and the confidence that one would have with a big dick despite the actual size of your genitalia. Want to know more? You can read about it here.

But yep, it appears Pete was packing and Ariana Grande made sure the world knew it in her latest music vid which you can watch in full below.

popular
Netflix's true crime series Sins of our Mother is seriously insane
So, William and Harry have a step sister... and who knew?
Science says this is how many dates you have to go on before you find 'The One'
Body language expert says Meghan and Harry were having a row at Eugenie's wedding
Love Island's Paige opens up on the moment she changed her mind about Jacques viewers didn't see
How to INSTANTLY unblock your stuffy nose (we swear this works)
Remember Christian From Clueless? This Is What He Looks Like Now
You may also like
4 months ago
Karezza sex is nothing new - here's why it's going mainstream
7 months ago
Vabbing: Why people are using their vagina scent as a perfume
7 months ago
Cheer star Jerry Harris pleads guilty in child sex abuse case
7 months ago
"Her sight is gone": Mother of Alanna Idris Quinn shares update
1 year ago
Man says he won't make women orgasm unless he plans on marrying them
1 year ago
Sex expert says these are the four words you should always say in bed
Next Page