Judith took on The Vixen, Chaser Jenny Ryan, all by herself in the final chase after the rest of her team got knocked out.

She decided to go for the higher amount and got an incredible 20 steps in the final round, before managing to successfully push by Jenny a number of times.

In the end, Judith nabbed an incredible £70,000 - the highest amount won by any solo player on the show.

The Vixen was incredibly happy for her opponent, giving her a standing ovation after the mammoth win. 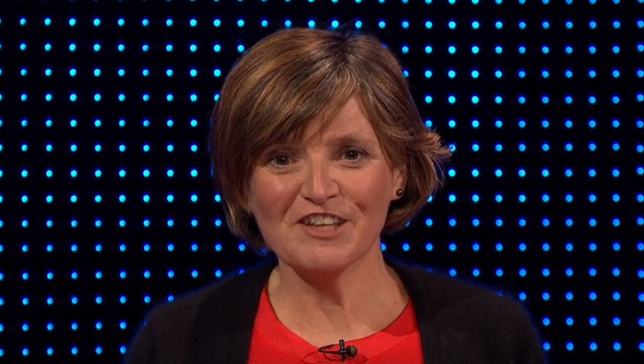 And after the episode aired, she even took to Twitter to share a series of messages praising Judith - but ended up having to take on some trolls, after some viewers branded her 'thick'.

According to Metro, a since-deleted tweet asked her if she thought any of the other Chasers would have caught Judith as Jenny wasn't "the brightest bulb."

The Fifteen to One champion responded:

"At least I know that it’s 'would have', 'you’re', and the correct place to use 'with respect' i.e. not directly before being disrespectful, rude and completely incorrect.

"You’re also short of a couple of question marks."

When the social media user tried again, calling her the "comprehension police", the Chaser added:

"Yes, I fully comprehend your original Tweet, and it was rude.

"If I was going to Tweet somebody claiming they are thick, then I’d make quite sure my spelling and grammar was spot on, for the avoidance of irony."

My performance through most of the show was above par. I may have lost the Final but that was because my opponent was OUTSTANDING, not because I was "appalling". Nothing to defend - I was outplayed. #TheChase https://t.co/E7nZp2Hvye

Again, that's not how this works. https://t.co/InLEV09k1P

You're missing an apostrophe! https://t.co/ZRXAD1YXGb

popular
QUIZ: How well do you remember The Princess Diaries?
Will Smith admits to 'failing miserably' in 21-year marriage to Jada Pinkett Smith
5 new additions to Netflix to spend your Saturday night watching
QUIZ: How well do you remember the 2005 movie Pride & Prejudice
14 new books you won't be able to put down this July
QUIZ: Can you guess the Disney movie from its opening line?
Security footage released of Naya Rivera as search is updated to recovery mission
You may also like
2 months ago
Irish scientist Darragh Ennis joins The Chase as new Chaser
3 months ago
Bradley Walsh caught out in brilliant The Chase prank on Saturday Night Takeaway
7 months ago
The Chase is set to get a spinoff with a very different format
7 months ago
Bradley Walsh teases a major 'shake-up' for The Chase
8 months ago
There's a new Chaser joining The Chase, Bradley Walsh has revealed
8 months ago
The Chase's Jenny Ryan has got a serious set of lungs on her, as per last night's X Factor: Celebrity
Next Page