We can't WAIT for this.

I'm A Celebrity....Get Me Out of Here! is set to kick off in just a few weeks time.

And with a whole new batch of celebrities taking to the jungle to brave the Bushtucker Trials, as well as Holly Willoughby joining Declan Donnelly to present the series - well, we couldn't be more excited. 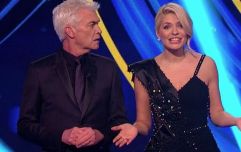 Dancing on Ice cancelled this week because of too many injuries

END_OF_DOCUMENT_TOKEN_TO_BE_REPLACED

While we're still waiting to hear about which one of our favourite famous faces is actually going to be heading into the jungle, there are more and more details about the series itself that are beginning to emerge.

Including, it seems, the release date.

A TV source told The Mirror that the series is due to kick off on Sunday, November 18.

A number of other familiar faces have been rumoured to be heading into the jungle in recent weeks, including Corrie's Sair Khan, The Chase's Anne Hegarty, the X Factor's Fleur East and Love Island's Jack Fowler.

Holly previously told The Mirror that she was excited to be flying out for her new role on the Aussie-based reality TV series.

At the Pride of Britain Awards, she said:

"So I’m sorting out life but I’ve got away from that tonight to come here. I’m really excited, I can’t wait to go."