Adele has joked about her weight loss in her first TV appearance in almost four years.

The singer, 32, hosted Saturday Night Live for the first time ever last night.

She poked fun at herself in her opening monologue, saying she could only bring half of herself to New York for the show.

"And I know I look really, really different since you last saw me but actually, because of all the Covid restrictions and the travel bans, I had to travel light and only bring half of me – and this is the half I chose."

Adele also credited SNL with giving her her big break in America 12 years ago. 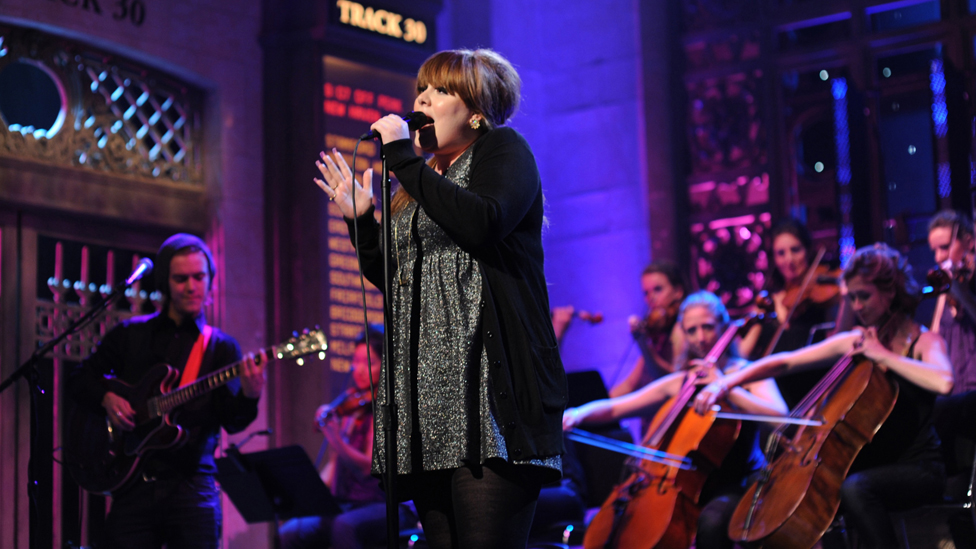 She sang on the show to promote her debut album 19 the same night that then-vice presidential hopeful Sarah Palin made an appearance. The high-profile political guest drew record ratings and inadvertently helped to give Adele plenty of exposure.

"I was a musical guest back in 2008 when Sarah Palin came on with Ms Tina Fey. So obviously a few million people tuned in to watch it and the rest is history!

"Now, I don’t know anything about American politics. I’m British, you know? And I don’t want to say anything too political, so I’ll just say this: Sarah Palin, babes, thanks for everything, yeah?"

She also showed off her acting chops; stealing the show in a sketch where she played a TV dating show contestant who kept breaking out into song.

popular
Wagatha Christie: Rebekah Vardy storms out of court just 30 minutes into final day
Everything we know so far about Kourtney and Travis's Italian wedding
Claire Byrne Live viewers in shock as woman shares family DNA secret
The Greatest Showman is becoming a Broadway musical and we need a second
Only a matter of time before monkeypox spreads to Ireland, says expert
Helen McCrory's children give heartbreaking tributes at her memorial service
The cast of Waitress the musical on the must see show of the summer
You may also like
5 days ago
Harry Styles to become next star to read a CBeebies bedtime story
5 days ago
Season 3 of Bridgerton will be all about Penelope Featherington
5 days ago
Conversations With Friends tackles sexuality the way Normal People tackled sex
6 days ago
Eurovision producers reveal "irregular voting patterns" during Saturday night's final
1 week ago
Gogglebox star Mary criticised over Boris Johnson comments
2 weeks ago
Gogglebox sparks Ofcom complaints over X-rated scene between woman and a duck
Next Page