Virgin is taking over TV3, and that means the channels name is changing.

In the press release today it was announced that the group’s three free-to-air channels TV3, 3e and be3 will be rebranded as Virgin Media One, Virgin Media Two and Virgin Media Three. 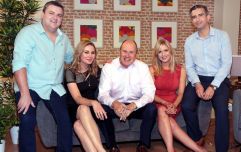 END_OF_DOCUMENT_TOKEN_TO_BE_REPLACED

"Bringing together our Broadband and Broadcasting networks under the unique Virgin Media brand is an exciting development for our viewers, our customers and everyone in Team Virgin Media.” 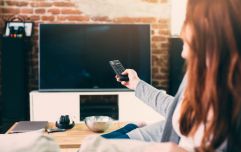 END_OF_DOCUMENT_TOKEN_TO_BE_REPLACED

"This is a natural evolution as we bring our channels and platform closer together. Virgin Media One, the new name for TV3, will be the home of some of Ireland’s biggest and most popular shows with Virgin Media Two, Three and Sport giving our viewers and customers a diverse choice of great content.

"These are exciting times for media and we’re delighted to be at the forefront of the changing face of broadcasting in Ireland.”

The change will come into effect on August 30.

popular
Traditional names such as Mary, Maureen, John and Michael may soon be extinct
Toddler drowns in swimming pool while on holidays in Costa Blanca
This is how much Kourtney and Travis' wedding cost
The 2 Johnnies share unbelievable catfish ordeal as woman 'targets 40 people'
Singer Cliona Hagan marries Simon Sheerin in Athlone ceremony
Kevin Spacey charged with four counts of sexual assault against three men
Pink just announced she was pregnant in gorgeous image
You may also like
4 years ago
Shayne Ward has revealed that Corrie's 'most shocking exit ever' is coming next month
4 years ago
Lucy Kennedy is moving in with Gemma Collins for new episode of 'Living With Lucy'
4 years ago
This hero crew member stepped in and comforted Anna Daly's baby on a flight
4 years ago
One of the best Jake Gyllenhaal films is on TV tonight
4 years ago
Podge and Rodge set to make return to TV ... with a small catch
4 years ago
Another presenter is set to leave Ireland AM amid a revamp to the show
Next Page