The documentary will reportedly give those who felt mistreated a chance to have a say.

According to numerous reports, a documentary set to examine allegations of bullying and exploitation in the singing competition series X Factor is in the works.

The show first aired on British TV in 2004 and enjoyed a 15-year-long run, with the last series airing in 2018. Over its course, the show launched the careers of a number of pop music stars including One Direction, Little Mix, Shayne Ward, Alexandra Burke, Leona Lewis, JLS and Olly Murs. 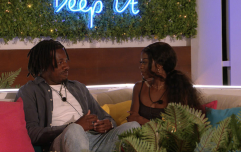 END_OF_DOCUMENT_TOKEN_TO_BE_REPLACED

Despite its popularity, X Factor often faced accusations of exploitation, while a number of stars have since spoken about the alleged mistreatment they experienced during their time on the show. Now, it's understood that a documentary will examine these claims in full.

According to the Mail on Sunday, two production companies are working on a series, though nothing has been confirmed just yet.

A source told the paper: "There are some who believe they were mistreated by the X Factor machine. They are now going to get their chance to have a say."

The insider added: "But what is more worrying for Cowell and ITV is that there are some of his former lieutenants who are ready to break their silence on what went on." 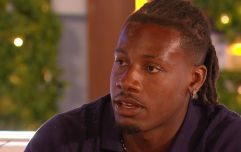 END_OF_DOCUMENT_TOKEN_TO_BE_REPLACED

The past few years have seen a number of former X Factor contestants shed some light on how they were treated by production.

Two years ago, for instance, Cher Lloyd told The Sun that she felt like she had been "thrown to the wolves" in the aftermath of X Factor. 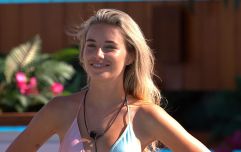 Love Island first look: Kai turns for Olivia as a bond forms between Casey and Lana

END_OF_DOCUMENT_TOKEN_TO_BE_REPLACED

Additionally, last year, Irish twins Jedward said that their biggest regret was "not telling the judges on X Factor to fuck off" and that every contestant was a "slave to the show", while executives "made millions".

Another contestant, Chico Slimani, spoke about his experience last year. He told talkRADIO that the X Factor machine was like a "conveyor belt".

Last year, a spokesperson for X Factor said: "Duty of care to our contestants is of the utmost importance to us. We take welfare very seriously and have measures in place to ensure that they are supported."

popular
Bobi the farm dog is the oldest living pooch ever aged 30
Police believe they know what happened to missing dog walker Nicola Bulley
Siobhan O'Hagan reveals she's expecting her first child
Louise Thompson required surgery after haemorrhaging at home
Love Island's Anna-May admits she thinks one of the girls is playing a game
Bachelor Nation star Sarah Herron's baby passes away shortly after birth
Edward from Jedward has confirmed that he is not single anymore
You may also like
1 week ago
Bruno Tonioli confirmed as David Walliams' Britain's Got Talent replacement
1 week ago
Where to watch 2023's ten Best Picture Oscar nominees
1 week ago
Love Island first look: Zara's head turns for Shaq as Kai cuts things off with Anna-May
1 week ago
Record Oscar nominations for Irish talent this year
1 week ago
Love Island first look: Ron gets the goss on Lana's famous ex as Zara and Olivia have words
1 week ago
Love Island fans accuse Olivia and Zara of creating fake drama for the cameras
Next Page