Stephen Fry and Joanne McNally: The Den has done it again

The reboot we deserve.

When it was announced back in September that The Den was returning to our screens, people were excited to see what the show had in store.

Unlike many other reboots of years gone by, we welcomed the return of The Den with open arms and nostalgic memories - after all, it was some of the best news to come out of 2020. 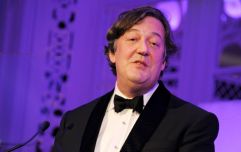 END_OF_DOCUMENT_TOKEN_TO_BE_REPLACED

Mark it in your calendar going forward - Sundays are for The Den now. The reboot has the perfect amount of fun and laughs and love that you need from your end-of-weekend TV.

Last week we saw the first episode air with Dara Ó Briain appearing as a special guest. It was, unsurprisingly, a huge hit with audiences, and this week was even better. 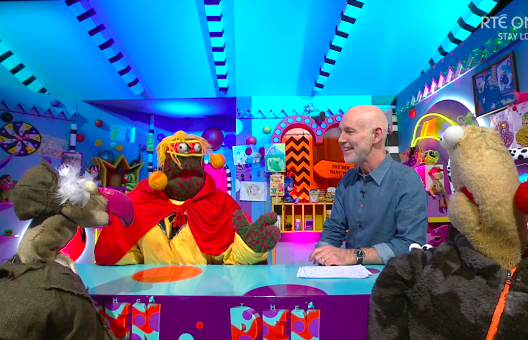 Joanne was as funny as ever as she appeared in studio as a superhero named Captain Sarcastic. Stephen Fry later joined the how via Zoom at the end of the show, where he discussed Harry Potter, tried out the Noggin rap, and shot the shit with Dustin the Turkey.

I am due to visit The Den, @RTEOne this evening. Will finally meet (if only virtually) Mr Zig and - very probably - Mr Zag too. Also hoping to have a word or two with @DustinOfficial END_OF_DOCUMENT_TOKEN_TO_BE_REPLACED

Viewers were, understandably, loving the show and took to Twitter last night to express their delight that it's finally back on the air.

Writer and journalist Stefanie Preissner tweeted: "Lads #theden is my new favourite weekly appointment," while author Paul Howard wrote: "Bringing back The Den was one of the best ideas anyone has ever had ever."

Bringing back The Den was one of the best ideas anyone has ever had ever.

The difference between kids on #theden now and the kids on The Den in the 90s is something else. Now they’re all showbiz and extroverted. In the 90s, they were all so crippled with the fear of notions, you thought they were gonna collapse in on themselves.

This week's episode also saw the star of SuperValu's emotional Christmas ad, Cian Kearney, interviewed about his role in the advert. 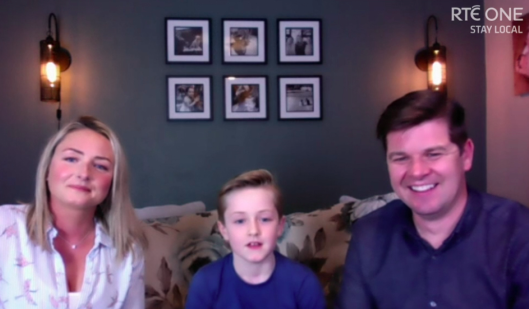 One thing is for sure, we can't wait to see what they have in store for next week's episode.

popular
Here are all the Instagram accounts of the stars of Netflix's Cheer
A celebrity hairstylist just shared a genius hack for the perfect messy bun
16 and Pregnant star Jordan Cashmyer dies aged 26
Someone has ranked the penis size of men from all over the world
Gardaí seize two cars linked to Ashling Murphy death as they question new suspect
Dancing on Ice professional Sean Rice dies at 49
Irish in Sydney shaken by Ashling Murphy murder
You may also like
1 year ago
Daniel Radcliffe has kicked off a celebrity reading of Harry Potter and we're going back to Hogwarts
4 years ago
One Irish woman reckons Stephen Fry could help repeal the 8th too
4 years ago
Stephen Fry blasphemy investigation dropped because the Gardaí couldn’t find enough outraged people
4 years ago
Irish people sharing the blasphemous things they’ve done is brilliant
6 years ago
Stephen Fry, Jimmy Carr, Kevin Bridges and More Add Their Voices to #YesEquality
6 years ago
Fan of Stephen Fry? You Will LOVE This News!
Next Page