Vogue Williams just confirmed season two of Spencer, Vogue and Baby Too, and it's coming SOON

So, we kind of adore Vogue Williams and Spencer Matthews.

There's something really sound about them, and we just love their relationship. 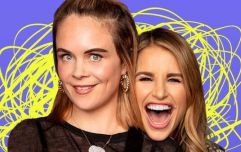 END_OF_DOCUMENT_TOKEN_TO_BE_REPLACED

Which is probably why we were literally glued to their show last year, Spencer and Vogue.

It just showed the real side of the husband and wife, warts and all as they say.

Since it ended, we'd been waiting patiently on news of a second season.

And this evening, we got the stunning news we've been waiting for. 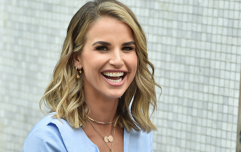 END_OF_DOCUMENT_TOKEN_TO_BE_REPLACED

Alongside a hilarious picture of herself and Spencer, Vogue wrote:

Soon, she said. So we're going out on a limb, and suggesting before the end of the year? Please. 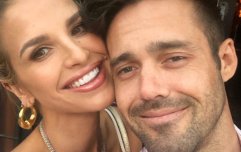 END_OF_DOCUMENT_TOKEN_TO_BE_REPLACED

One wrote: "OMG YASSS!" which is a big mood to be fair.

In the final episode of the first season, we saw the naming ceremony for baby Theodore.

During their baby's naming ceremony, Vogue and her husband, Spencer Matthews, made speeches, and it was all very emotional.

Hopefully we'll get a bit of a gawk at Theodore's christening in the new episodes.

We know James Middleton is his Godfather, so we'd like to see a bit of that.

popular
Miracle baby on the way for bride whose partner died on wedding day
COVID-19 hospital cases fall as 90% of Irish adults are now fully vaccinated
Tributes pour in for 28-year-old primary school teacher killed in London
Cork school gets Ireland's first classroom therapy dog to help ease pupils' anxiety
Someone has ranked the penis size of men from all over the world
Amy de Bhrún welcomes her second baby
Paul Mescal is officially nominated as one of the sexiest men alive
You may also like
5 months ago
Vogue Williams' son Theodore recuperating after an accident at home
1 year ago
Vogue Williams and Spencer Matthews announce birth of baby daughter
1 year ago
Vogue Williams wore a maxi kimono over jeans and now we want to wear a maxi kimono over jeans
1 year ago
"I'm not obsessing" Vogue Williams shares an update on her pregnancy
1 year ago
Vogue Williams and Spencer Matthews have announced that they are excepting a baby girl
1 year ago
Tried and tested: Bare By Vogue is hands down the BEST fake tan I've ever used
Next Page