WATCH: First Dates Ireland returns tonight and viewers are in for a treat (especially Westmeath fans)

Joe Dolan, twin sisters, the golden rule of dating, and a man that completed Tinder. Don't miss it.

There are a litany of reasons as to why First Dates Ireland has really struck a chord with Irish viewers but the obvious one is the most simple, the show just lets people be.

Throughout the various seasons of the beloved show, we've seen participants bare their soul to the public and the results have been a joy with every single eccentricity, quirk, charm, sweet and awkward moment of conversation enthralling viewers.

There's a warmth and honesty to the show that's hard to match. However, with the new season premiering tonight, it's time to cringe/cheer/empathise/love/hate/be entertained by a new host of singletons.

In terms of the synopsis for tonight's episode, viewers are in for a real treat and the first few preview clips have only increased the excitement levels.

"First up are double daters Mary and Martina from Limerick, twins who do not share the same taste in men. Will clean-cut Sylvester and dashing stonemason David be what they're looking for? Meanwhile, animation student Eric is worried that his stammer might ruin his date, while unrepentant ladies' man Barry-John from south Dublin meets his match in feisty model Katarina from Laois," RTÉ state.

As you can see below, Barry-John is no stranger to the dating game having joked about completing Tinder twice.

However, there's so much more on offer as Westmeath viewers are bound to get a kick out of the double-dating twin sisters Mary and Martina. 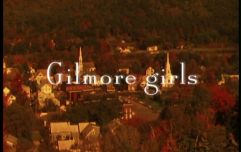 END_OF_DOCUMENT_TOKEN_TO_BE_REPLACED

Ever been asked to guess a woman's age?

Well, let this funny mix-up about Glastonbury's upcoming milestone be a lesson. When asked, just say nothing!

Lo and behold, even Bressie and Joe Dolan pop up in this conversation about life in Mullingar.

What’s worse than asking a woman her age?

Double-dating twin sisters Mary and Martina take to the First Dates restaurant to kick off the new series.

And wouldn't you know it... the lads have a bit of history as well.#FirstDatesIRL pic.twitter.com/TQ03ff13PP

popular
Paul Mescal didn't win an Emmy and that's okay
5 Netflix releases to keep an eye out for in October
QUIZ: How well do you remember the first episode of Gilmore Girls?
Selling Sunset's Chrishell Stause reveals "the brokerage has split"
There's a Friends makeup collection coming, featuring Phoebe, Monica, and Rachel palettes
The sentimental engagement ring trend you're going to see a lot of for the rest of this year
Someone has ranked the penis size of men from all over the world
You may also like
19 hours ago
5 Netflix releases to keep an eye out for in October
1 day ago
The Pursuit Of Love is period drama that will be your next TV obsession
1 day ago
4 new additions to Netflix to spend your weekend watching
1 day ago
Oy with the poodles already! Alex and Ani have released a Gilmore Girls collection
1 week ago
Here’s who’s on the Late Late Show tonight
1 week ago
Gogglebox Ireland returns to TV tonight and there's some new faces!
Next Page