We need it now.

Disney+ has shared the first look at Hocus Pocus 2 and to say we're excited is probably the understatement of the century.

Giving us a sneak peek, the upcoming and highly anticipated sequel was shown in a round up of all the new shows and films coming to the streaming service in the new year.

END_OF_DOCUMENT_TOKEN_TO_BE_REPLACED

Showing Bette Midler, Sarah Jessica Parker and Kathy Najimy returning as the Sanderson sisters, the snippet still leaves enough to the imagination, but enough to get us buzzed.

The Sanderson sisters are back and better than ever, celebrating a Halloween festival or carnival from the looks of things.

While details of the plot are being kept top secret, Disney has said: "Three young women accidentally bring the Sanderson Sisters back to modern-day Salem and must figure out how to stop the child-hungry witches from wreaking a new kind of havoc on the world." 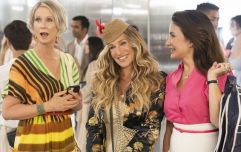 An And Just Like That... spin-off documentary is coming soon

END_OF_DOCUMENT_TOKEN_TO_BE_REPLACED

Speaking to People about the new film, Bette Midler said: "They presented us with an outline, and after we picked ourselves up off the floor because it's been 27 years, we looked at it and I think all of us agreed that it was pretty great."

The three main stars reunited last year for a virtual Halloween party to raise money for charity ahead of the sequel being announced. 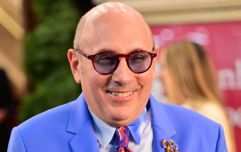 Here's what Stanford Blatch's storyline was going to be in And Just Like That...

END_OF_DOCUMENT_TOKEN_TO_BE_REPLACED

Bette Midler, as well as the rest of the cast, tweeted a few months ago to announce the release date for Hocus Pocus 2, sharing an image of the Hocus Pocus 2 poster saying: "Sistaaaahs! It's been 300 years... But we’re BACK! #HocusPocus2 arrives Fall 2022 on DisneyPlus."

popular
Kylie Jenner fans are convinced she just announced her son's name
Wagatha Christie: Rebekah Vardy storms out of court just 30 minutes into final day
WATCH: People are losing it over clip of Kendall Jenner trying to climb stairs at Kourtney's wedding
Claire Byrne viewers heartbroken after Des Cahill recalls "parent's worst nightmare"
Bonnie Ryan shares more details from Italian wedding
Official Love Island air date has just been announced
The hottest weekend of the year is only a matter of days away
You may also like
6 days ago
Sarah Jessica Parker says she has not spoken to Chris Noth since sexual assault allegations
3 weeks ago
Sarah Jessica Parker wore an Irish designer to the Met Gala
5 months ago
The SATC women have spoken out about Chris Noth's sexual assault allegations
5 months ago
Chris Noth has defended Carrie for not calling 911
5 months ago
Opinion: Comments about Kristin Davis' appearance illustrate that ageism has gone nowhere in Hollywood
5 months ago
Samantha was subjected to a lot of unnecessary slut-shaming in Sex and the City
Next Page