We're not crying, you're crying.

In the biggest news of the night that didn't involve five digits and a face, CODA won Best Picture at the 94th Academy Awards on Sunday night (27 March).

However, immediately before the announcement came a moment from singer/actress Lady Gaga and Hollywood legend Liza Minnelli which may go down as one of the most heartwarming moments in Oscar history.

END_OF_DOCUMENT_TOKEN_TO_BE_REPLACED

The pair were coupled together to present the award for Best Picture, following an emotional speech from Best Actor winner Will Smith.

Minnelli received a standing ovation from attendees, celebrating 50 years since her own win at the Oscars for the 1972 musical drama Cabaret. 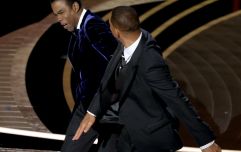 END_OF_DOCUMENT_TOKEN_TO_BE_REPLACED

"The public, they love you.

"You know how I love working with legends, and I'm honoured to present the final award of the evening with a true show business legend," she added.

At times, Minnelli seemed disorientated, regularly looking to Gaga for signals, being heard to say "I don't understand" at one point. 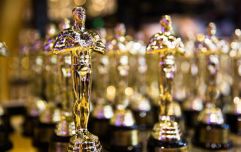 The Oscars are on tonight - here's everything to know

END_OF_DOCUMENT_TOKEN_TO_BE_REPLACED

Minnelli said that following a short video, the winner would be announced, with some assistance from Gaga.

Before the video played, Gaga could be seen bringing her head down to Minnelli's ear to whisper some words of encouragement before the winner was announced.

"I've got you," Gaga could be heard saying.

"I know, thank you," Minnelli replied.

Following the video package, Gaga sang a bar from Cabaret's opening song, Willkommen, along with Minnelli.

"I'm so happy to be here, especially with you," Minnelli told Gaga, adding "I'm your biggest fan".

Minnelli was given the honour of announcing the winner of Best Picture, CODA.

Gaga has regularly cited Minnelli as a key inspiration for her work in show business.

The pair first met following a concert in Madison Square Garden in 2011 as part of the Monster Ball Tour.

popular
Hang on, Tasha and Coco know each other already?
Reports of image based sexual abuse involving 200 women investigated by Gardaí
Cheer star Jerry Harris sentenced to 12 years for child sexual abuse imagery charges
Love Island: Mollie's family issue apology following allergy comments
WATCH: Gemma is left fuming in tonight's Love Island as Luca kisses another girl
Ireland expected to be hotter than parts of Spain this weekend
Penneys has a perfect dupe for Charlotte Tilbury's Flawless Filter foundation
You may also like
2 months ago
Liam Payne finally explains weird accent during hilarious Oscars interview
2 months ago
Will Smith's Oscar ban: Who else has been banned from the Academy Awards?
3 months ago
Hailey Bieber: "I'm not pregnant, leave me alone"
3 months ago
WATCH: New camera angle shows Jada Pinkett Smith's reaction following Oscars slap moment
3 months ago
Kourtney Kardashian sparked pregnancy rumours at the Oscars - but maybe it's time we stop with the speculating
3 months ago
Will Smith was asked to leave Oscars but refused to leave, Academy says
Next Page