Lost Girls is the latest true-crime film that's been adapted from a best-selling book.

Inspired by Robert Kolker’s nonfiction title of the same name, Lost Girls is a true crime movie based on the real-life case of the Long Island killer, which remains unsolved to this day.

The plot is centred around the disappearance of Shannan Gilbert, who is reported missing shortly before the bodies of four other women are found in Suffolk County.

The film focuses on Shannan's mother Mari who is determined to find out exactly what happened to her missing daughter.

A summary for Lost Girls reads:

When 24-year-old Shannan Gilbert mysteriously disappears one night, her mother Mari (Academy Award® nominee Amy Ryan) embarks on a dark journey that finds her face to face with hard truths about her daughter, herself, and police bias.

Determined to find her daughter at all costs, Mari Gilbert retraces Shannan’s last known steps, driving her own investigation to an insular gated community near the desolate outer banks of Long Island. Her discoveries force law enforcement and the media to uncover more than a dozen unsolved murders of sex workers, young lives Mari will not let the world forget". 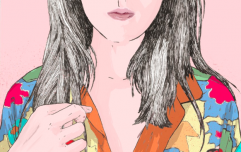 END_OF_DOCUMENT_TOKEN_TO_BE_REPLACED

The cast also deserves a mention here for our own Gabriel Byrne features, starring alongside Amy Ryan and Thomasin McKenze with the film directed by Liz Grabus, a two-time Oscar nominee FYI.

It arrives on the streaming site in March and you can check out the trailer below.


popular
BRB, running to Penneys for the €19 trousers that look like they cost ten times the price
Holly Willoughby's Zara shirt is the workwear must-have you need in your life
Say hello to the €40 Stradivarius dress you're going to be seeing everywhere in summer
The new ghd Helios hairdryer will give you smooth and shiny hair in a matter of minutes
The dress that Holly Willoughby wore this morning is getting very mixed reactions
The comfy €42 M&S boots we're going to be living in all spring
EastEnders have 'revealed' Bex Fowler's exit storyline
You may also like
2 hours ago
Singer Duffy has said she was drugged and raped after being held captive
1 day ago
WATCH: Beyoncé performs at Kobe and Gianna Bryant's memorial at the Staples Center
1 day ago
Harvey Weinstein found guilty of criminal sexual act in the first degree and rape in the third degree
1 day ago
Jason Davis, who voiced Mikey Blumberg from Recess, has died at the age of 35
1 day ago
Love Island pay special tribute to Caroline Flack with 'through the years' montage video
3 days ago
Fair City's Will Casey returns to Carrigstown on Sunday night
Next Page