Another fan favourite Love Island couple have called it quits

The couple, who found love on the second season of the dating show, confirmed the news on social media on Sunday.

Rachel told fans over the weekend:

“Rykard and I are no longer together, we have decided to go our separate ways but I wish him all the best with his future.”

Rykard and I are no longer together, we have decided to go our separate ways but I wish him all the best with his future.

But in the wake of their split, Rykard has found himself facing accusations of cheating from fans of the ITV2 show.

He’s since denied the accusations - and claimed Rachel has already moved on. 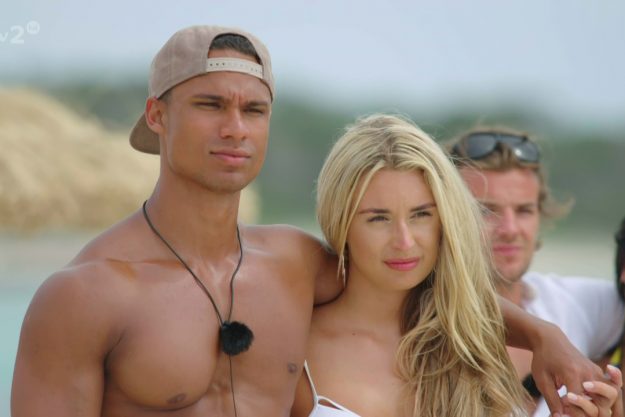 Replying to a fan who asked if he cheated, the 26-year-old said:

"No babe. She secured her thing with some 40+ year old in New York for two nights and is also moving in with him.

The Ibiza Weekender star later elaborated on the split, adding:

"We broke up about a week ago. She didn't want to go public I've just been doing me and frankly I don't have to answer to anyone."

We broke up about a week ago.
She didn't want to go public

I've just been doing me ✌🏽
& frankly I don't have to answer to anyone.

Rachel has not publicly commented on Rykard's claims.

The couple first got together on Love Island’s second season, when Rachel entered the villa as a late arrival.

But it wasn’t an easy journey for the pair, with things nearly coming to an end after Rykard hooked up with pal Olivia Buckland - while Rachel was sleeping nearby.

And with the incident kept mostly a secret from the other Islanders, Caroline Flack was left to break the news to Rachel following her elimination, who said at the time that her feelings towards Rykard had changed.

But Rachel and Rykard managed to reconcile after he decided to leave the beach following her departure, vowing that he couldn’t go on without her.

popular
Love Island's Adam Collard and Paige Thorne are "on a break"
Netflix's Dahmer series' inaccurate key detail changes everything
Here are the baby name trends set to dominate 2023
Educating Yorkshire's Mushy has emotional reunion with teacher who helped with stammer
Irish twins featured by Gucci during Milan Fashion Week
5 delicious brunch spots around Ireland to try out on your next trip with the girls
Doctors move young girl to Dublin hospital after Co. Clare incident
You may also like
1 day ago
Two Love Island 2022 stars have just become step siblings...
2 days ago
Adam Collard responds to claims he cheated on Paige Thorne
5 days ago
Love Island's Indiyah explains why she called a medic in the villa
5 days ago
Greg O'Shea opens up about "really bad" time as he suffered a mental health crisis
1 week ago
Love Island's Tasha lands yet another fashion deal
1 week ago
Liam Reardon shares impact of rumours following his split with Millie
Next Page