Frankie Bridge has said she won't stop kissing her kids on the lips, despite want anyone else says.

Former Saturdays singer Frankie posted a video of herself and her son kissing to Instagram last night.

She'll keep showing affection to her boys Parker, 5, and Carter, 3, in this way "until they naturally don't want to," she said. 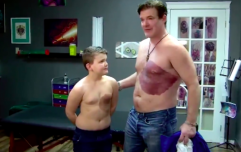 END_OF_DOCUMENT_TOKEN_TO_BE_REPLACED

"I’ve always kissed my kids on the lips... and that will continue until they naturally don’t want to," the star wrote, "just like it naturally happened with me and my parents and theirs and so on and so on."

Many followers left comments of support on the post.

"I will always kiss my son on the lips until he says otherwise. Its a beautiful thing to do and he loves a smooch," wrote one.

"Good for you, my daughter is almost 12 and I still kiss her on the lips, don't care what anyone has to say about it!" commented another. 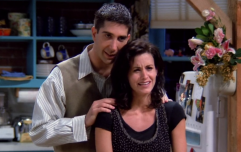 END_OF_DOCUMENT_TOKEN_TO_BE_REPLACED

It comes after David Beckham was criticised for kissing his daughter on the lips.

The former footballer shared a sweet photo of himself kissing seven-year-old Harper to Instagram this week.

Some fans took issue with the photo, claiming the kiss was "weird".

"I feel like a kiss on the cheek is better than that on the lips. The lips is just weird," said one person.

"She's your daughter... why are you kissing on her lips..?" asked somebody else.

TV host Piers also had a go at David, saying it was "creepy".

"David Beckham obviously posting pictures of his children, whilst then serving the right to respect their privacy. There he is kissing his daughter on the lips," he said on Good Morning Britain.

"I'm sorry, it got a big furore on social media, it’s just weird. Who does that? Who kisses their kids on the lips?"

Girls With Goals || Her · Ep.155: 'Bits of Me' - Linnea Dunne on the importance of women's health
popular
Tried and tested: I tried the viral TikTok mascara hack to see if it really works
Matilda's Bruce Bogtrotter is a doctor now - and he doesn't even like chocolate
Kate Winslet experienced "horrible" body shaming after Titanic
Scarlett Moffatt discovers ‘30% rain’ on weather app doesn’t mean chance of rain
Someone has ranked the penis size of men from all over the world
You'll never cut a cake the same way again after seeing this TikTok trick
Louise Redknapp just admitted a shocking truth about her ex husband, Jamie Redknapp
You may also like
2 months ago
Brian McFadden and Danielle Parkinson expecting "miracle" first child together
3 months ago
Hugs 'shouldn't be allowed' when families gather for Christmas festivities
3 months ago
This ingenious hack to clean your washing machine is an absolute game changer
10 months ago
Five items to raid from your parents’ wardrobes right now
11 months ago
Living in lockdown: Dublin woman Victoria McAuley tells Her what it's like in Rome right now
1 year ago
Aunts are 'as important as mums' when it comes to raising girls says parenting expert
Next Page