You can now order Buddy the Elf's famous spaghetti in Dublin

I need to try this.

I don't care what anyone says, there's no way you watched Elf as a kid and didn't want to try Buddy the Elf's candy spaghetti recipe. Is the thought of syrup and sweets mixed with bolognese and spaghetti somewhat revolting as an adult? Somewhat, but honestly my intrigue has never really dissipated, and if you're the same as me, you're going to be very excited by this news. 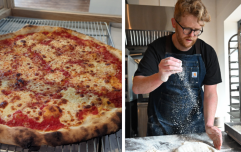 END_OF_DOCUMENT_TOKEN_TO_BE_REPLACED

One of Dublin's favourite pasta spots Sprezzatura has taken on the challenge of recreating Buddy the Elf's festive spaghetti. They have teamed up with Deliveroo to put their own spin on a Christmas classic, recreating a wacky pasta dish consisting of the four main food groups according to elves - candy; candy canes; candy corns, and syrup.

So what does Sprezzatura's take on Elf's infamous spaghetti look like?

They'll use their own fresh handmade pasta, tossing it up with maple syrup, as well as chocolate candies as a garnish. 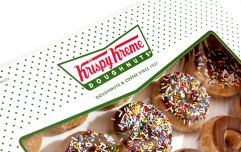 END_OF_DOCUMENT_TOKEN_TO_BE_REPLACED

"We’re delighted to be partners with Deliveroo and bring our famed pasta dishes to more people than ever before. What better way to celebrate the festive season than by re-creating the pasta dish which is loved by Santa’s elves.

"The chefs in our kitchen have had tons of fun preparing their favourite Christmas Spaghetti.”

The festive spaghetti dish is available to order on Deliveroo between the 22nd-23rd and 27th-30th of December. I think we all owe it to our childhood selves to try Elf's spaghetti.

This article originally appeared on LovinDublin.

popular
Baby dies next to mother who drank 'two or three' bottles of wine then fell asleep
Love Island's Zara's brother reveals the real beef going on between her and Olivia
Funeral of Cork toddler takes place after choking accident
Abigail Breslin marries longtime love Ira Kunyansky
Molly Mae: "Thank you for entering this world safely for us"
Love Island first look: Tom and Ellie's secret kiss is revealed as they head back for round two
Lauren Goodger shares that she's "healthy again" amid her grief
You may also like
3 months ago
Will Ferrell is starring in a new Christmas movie... and it's with Ryan Reynolds
2 years ago
QUIZ: How well can you remember the movie Elf?
2 years ago
5 reasons why Elf is the greatest Christmas film of all time
2 years ago
The cast of Elf are reuniting this Christmas
2 years ago
Retro Drive-in Movies announces this year's Christmas lineup
3 years ago
You can stay in an Elf-inspired New York hotel room during the Christmas holidays
Next Page