You can get chocolate orange Maltesers biscuits now

Ah, chocolate and orange. Is there any better combination?

I certainly don't think so, and neither do the good people at Maltesers, apparently. 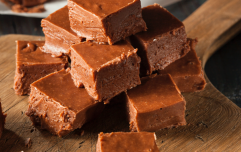 END_OF_DOCUMENT_TOKEN_TO_BE_REPLACED

The chocolate company's latest creation certainly backs the theory that orange and chocolate are just made for each other.

That's right, Orange Malteser Biscuits are a thing now, and we honestly cannot wait to try them.

Each biccy contains the classic malty crunch with a distinct orange flavour. These little pockets of biscuity joy are subsequently wrapped up in a milk chocolate coating.

Truly the perfect accompaniment for your afternoon cup of tea. 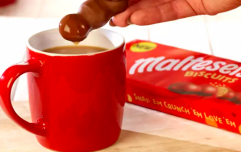 END_OF_DOCUMENT_TOKEN_TO_BE_REPLACED

Throughout the brand's history, Maltesers have been unafraid to experiment with their recipes. In the past, it's worked for them, and the innovations hang around long after their release.

It's no wonder Maltesers are foraying into tangy biscuits - their recent chocolate orange bunnies were a huge success. Following their release last year, one Twitter user described them as a "Gift from God."

In fact, the company experienced a national shortage due to massive demand last Easter. 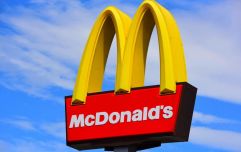 END_OF_DOCUMENT_TOKEN_TO_BE_REPLACED

Something tells us that their latest innovation will be just as delicious.

Orange Malteser Biscuits have already hit the shelves of Tesco in the UK, but we're keen to get them over here too.

While they've yet to grace our emerald shores just yet, the mint edition of the snack has been available here since its release last March.

These minty delights contain crisp honeycomb pieces, smothered in milk chocolate, and they seem good enough to tide us over.

If that won't cut it, fret not. Our supermarkets are overflowing with orange chocolate treats.

popular
Netflix's true crime series Sins of our Mother is seriously insane
So, William and Harry have a step sister... and who knew?
A Criminal Minds re-boot is happening – and here's everything we know
Why Are Men so Obsessed With Boobs? The Answer is Pretty Surprising...
Love Island's Paige opens up on the moment she changed her mind about Jacques viewers didn't see
23 shows with four or more seasons to watch on Netflix
This is the easiest way to determine you may have VIKING heritage
You may also like
3 years ago
The boozy Baileys and Malteser dessert you'd be a fool to not whip up today
4 years ago
We've a giant chocolatey treasure chest to giveaway with oodles of Maltesers Bites
4 years ago
WIN: Have an entire month’s rent paid for you right here
4 years ago
The rumoured Maltesers Truffles are spotted on supermarket shelves and OMG delish
4 years ago
Phew! Maltesers will definitely not be changing its shape
3 months ago
You can now get a Rock Shandy milkshake in Insomnia
Next Page