'Disgusting': Percy Pigs have a new recipe and people are absolutely snapping

Veganism is a force that takes no prisoners - not even Percy Pig sweets.

There's been outrage online at the news that the classic jelly sweet has changed its recipe.

Marks and Spencer has removed all animal from all Percy Pigs, reports Metro.

The retailer used to make a separate, gelatine-free version but has now made all of its Percy sweets vegan-friendly. 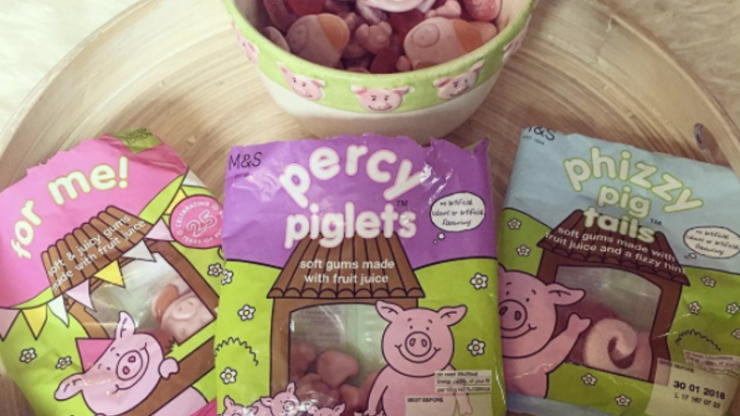 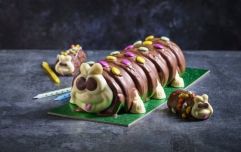 END_OF_DOCUMENT_TOKEN_TO_BE_REPLACED

Fans of the classic jelly have taken to social media in outrage, demanding that the original recipe Percy Pigs be brought back

One Twitter user has said that they taste like "Blutac dipped in washing up liquid" while another described the new flavour as "arse".

We’ve just done a taste test on my ⁦@talkRADIO⁩ show of the new veggie recipe M&S Percy Pig sweets that everyone is so angry about.
Verdict: they taste like Blutac dipped in washing-up liquid. Yuck. pic.twitter.com/wjKQ49aWEK

Percy pig have changed their recipe to suit vegetarians. They now taste like arse. My life is ruined. The most sacred confectionary item on the planet is over. I’m in tears.

@marksandspencer how can I register my feedback on the new Percy Pig recipe? I have enjoyed Percy Pigs for years but unfortunately will not be purchasing again - the flavour is frankly vile.

Today is a sad day #RIPPercyPig as @marksandspencer have decided to change your recipe for good, apparently having both Percy and Veggie Percy is not an option #ShameShameShame #BringBackPercy #PercyPig pic.twitter.com/uZN8BFmyFr

Still, not everyone thinks the change is a bad thing.

Any real percy pig fan knows the veggie ones are better https://t.co/tfGv86aSwU

The people asking to 'bring back Percy Pig' do know that means killing ACTUAL pigs right?

M&S has responded to the controversy by denying that the new sweets taste any different.

"After a lot of hard work - and tasting - we've finally perfected a 100 percent vegetarian Percy, something our customers have been asking us for, for a while!

"Percy is as close to the original as possible. We haven't changed any of the really important things that people love about Percy. The flavour is the same."

Our take on it? In the immortal words of Kourtney Kardashian, "there's people that are dying".

popular
Love Island’s Afia explains why Gemma’s dad has not been mentioned on show
Why Are Men so Obsessed With Boobs? The Answer is Pretty Surprising...
Ryan Tubridy has heartwarming reunion with Toy Show star Saoirse Ruane
Two dumped islanders have confessed their feelings for each other since leaving the villa
Love Island fans concerned over "bullying" of Ekin-Su
How to INSTANTLY unblock your stuffy nose (we swear this works)
Selling Sunset star quits show as it's renewed for two more seasons
You may also like
7 months ago
Marks and Spencer introduces pronoun badges to further inclusivity
8 months ago
You can now get Percy Pig hooded blankets - and we need them
11 months ago
Holly Willoughby's "favourite" sold out floral dress is back in stock in M&S
1 year ago
You can now get a Mother's Day Connie the Caterpillar cake from M&S
1 year ago
M&S is selling couples Colin the Caterpillar cakes this Valentine's Day
1 year ago
M&S is now selling chocolate sausage dogs called Walter
Next Page