Going to the cinema is about the experience of it, and a huge part of that is buying food to devour during your film of choice.

It's National Popcorn Day over in the US, and it is undisputedly the most delicious cinema snack out there, and don't even get me started on putting Minstrels in the mix. Magic.

In the spirit of the day, The Guardian reports that eating popcorn actually makes us immune to the effects of on-screen ads in the cinema. 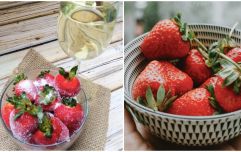 END_OF_DOCUMENT_TOKEN_TO_BE_REPLACED

We usually automatically pronounce a new name in our heads while mouthing it at the same time, completely subconsciously.

However, this pattern can be disturbed by chewing, which is where popcorn comes in.

"A test at the end of the screening showed that the adverts had left no effect on those viewers who had chewed their way through popcorn throughout, while the other participants showed positive psychological responses to the products they had encountered in the ads."

We hope this won't mean the end of shovelling handfuls of that delicious stuff into our mouths while enjoying a movie.