Whether it's your go-to lunch, or midday grub, there's nothing better than getting up from your desk and giving a hard boiled egg a whack in the microwave.

But please, the next time you're tempted to, don't... because, it may well explode on you.

Anthony Nash and Lauren von Blohn in San Francisco were asked to look into this phenomenon after a man filed a lawsuit against a restaurant.

The man claimed that when his plate was brought down to him, the egg exploded and he received burn injuries to the face. 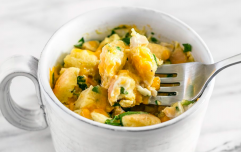 END_OF_DOCUMENT_TOKEN_TO_BE_REPLACED

Anthony and Lauren decided to at first look at YouTube videos of exploding eggs, but found there were too many variables, so they decided to conduct their own experiments.

While they were in the middle of their research, the case was settled in court, but they decided to continue with their findings and it has recently been published by Eureka Alert.

In their research, all of their eggs were placed in a bowl of water and heated for three minutes in a microwave.

They found that 30 percent of the eggs tested survived and only exploded after being taken away from the microwave and poked with a knife or sharp object. 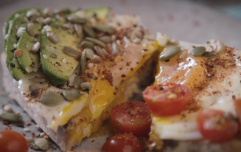 Forget brunch, get the girls over for this steamed egg and avocado breakfast - it's divine!

END_OF_DOCUMENT_TOKEN_TO_BE_REPLACED

Anthony said: "For both the exploded eggs and eggs that didn't explode, we would probe the inside of the yolk with the thermometer.

"We discovered that the yolk's temperature was consistently higher than the surrounding water bath."

Er... we're not going to chance it next time.

Girls With Goals || Her · Ep.161: Feeling Peachy - Sharon Keegan of Peachylean on being an absolute BOSS!
popular
Love Island featuring show's first contestant with a disability
Love Island winner Greg O'Shea explains why he's leaving "celebrity" life behind
Meghan was right to say Archie "won't be a prince" under Prince Charles
Friends Star James Michael Tyler Files For Divorce
Friends actor James Michael Tyler battling Stage 4 cancer
Opinion: It's your wedding, you can have an 'adults only' day if you want
25 things to do when you are feeling bored – that does not involve scrolling on a screen
You may also like
2 years ago
This hack of scrambling eggs with a coffee maker is blowing everyone's mind
2 years ago
Concerns expressed over the viability of human eggs grown in lab
2 years ago
These bitesize bacon and egg cups are ADORABLE breakfast goals
2 years ago
One nutritionist says this is the worst way to cook eggs
3 years ago
The SIX simple things you need to do to create the perfect poached eggs
3 years ago
There's a reason why you shouldn't store your eggs in the fridge door
Next Page