Tea drinker? It could mean you're way more focused

It's warm (sometimes), it's tasty (kind of), it's a great way to take a sneaky few minutes break from work during a time that isn't your lunch break (always).

People who don't enjoy tea are generally the people you should never trust.

They're strange, they're weak, and they should be removed from your life immediately. 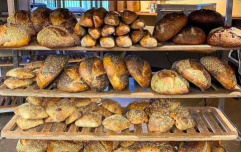 END_OF_DOCUMENT_TOKEN_TO_BE_REPLACED

There has been a bit of good news as of late for us avid tea drinkers though because apparently, we're more creative and focused than those (odd) people who don't drink tea.

Sounds about right to us.

A study published in the Food Quality and Preference journal claims that because tea contains both caffeine and theanine, the beverage has the ability to make drinkers more alert and creative within minutes of consuming it.

"Two biological ingredients, caffeine and theanine, have beneficial effects on attention, which is an indispensable part of cognitive function." 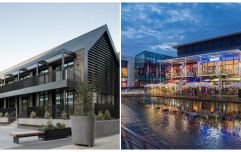 END_OF_DOCUMENT_TOKEN_TO_BE_REPLACED

The study involved two groups of young people with an average age of 23.

One group was given a cup of black tea to drink and other was given water.

Both groups then undertook a series of creative and cognitive tests.

The results of the tests showed that the tea drinkers had boosted creativity and focus compared to the water drinkers.

However, the study also noted that the tea drinkers didn't actually consume that much tea, so the effects of the caffeine and theanine probably weren't long-lasting.

Still though - any excuse to drink more of the stuff.