It's Good To Talk: there's a new online show for young people and mental health

There's a new online show dedicated to young people's attitudes towards mental health, human connections, and the importance of opening up dialogues about certain topics.

It's Good To Talk is aimed at tackling the stigma among young people around mental health.

Three Ireland and charity partner Jigsaw have launched the four-part series in the hope that young people will learn to talk about their issues openly and honestly.

The series also wants to encourage older people to become 'one good adult' to younger people in need. According to Jigsaw, those availing of their services expressed the positive contribution that their 'one good adult' had in their lives.

Hosted by Stephen Byrne, each episode of the series will feature a panel of guests chatting about their own mental health experiences, their struggles, and how they tried to overcome their own problems. 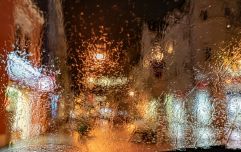 END_OF_DOCUMENT_TOKEN_TO_BE_REPLACED

The insightful chat focuses on each panelist's experience of school, their formative teenager years, and how they learned to become 'one good adult.'

“Bringing content like this to the masses is hugely important in achieving Jigsaw’s ambitions for Ireland’s young people," he said.

"For us, it’s less around simply raising awareness for youth mental health and more around delving deeper into conversation around human connections, the power of conversation and the value of One Good Adult in all our lives."

You can watch episode one of It's Good To Talk here:


popular
Netflix have announced the release date for the new series written by Downton Abbey creator Julian Fellowes
Ariana Grande just dropped a breakup song about Pete Davidson AND Mac Miller
Holly Willoughby wore the most divine polka dot mini dress last night, and we need it
Brad Pitt JUST responded to speculation about his relationship with Jennifer Aniston
Kathryn Thomas' Instagram post is the underwear photo we needed to see right now
The €25 New look jumper that would be a cosy dream on cold mornings
Love is dead... Shakira and her husband Gerard have reportedly split
You may also like
1 month ago
Pinterest has launched a mental health initiative in Ireland, and it sounds brilliant
2 months ago
Turns out listening to too much Christmas music is bad for you
2 months ago
10 things to do this weekend to re-charge and get ready for the week ahead
3 months ago
Why you should go on an Instagram unfollow spree right now
3 months ago
Meaningful Christmas: The alternative advent calendar we should all take part in this December
3 months ago
'Significant' increase in the number of young people with anxiety, study finds
Next Page