The 6 emotional stages of going spinning with your mate

Screams the scary woman on the bike despite the cold, hard fact that you are, indeed, go-go-going as fast as you humanly can.

Spinning is very good for you. It's a team activity (technically), it's an incredible fat-burner, and it'll either leave you feeling like you conquered the world or as if you're about to keel over and die. 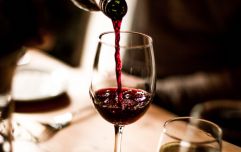 END_OF_DOCUMENT_TOKEN_TO_BE_REPLACED

There is no in between.

And while spinning is ideally something you would do alone in a dark room where nobody can see you sweat intensely, sometimes it's nice to bring a friend along, to share in the experience, to live in the pain together.

Here's the six emotional stages of such a scenario.

You've just gotten on the bikes. You're both peddling at a regular enough paces.

The lights are still on, the music is yet to pump, no one is shouting and you feel OK. 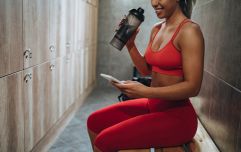 END_OF_DOCUMENT_TOKEN_TO_BE_REPLACED

Who the fuck does the instructor think she is telling you to go faster? You! Faster?! Fucking rude is what it is.

Doesn't she know that you vaguely injured yourself during a game of hockey in 2009 and that it's actually hard for your legs to peddle past a certain speed?

Yeah, alright, you didn't mention this at the beginning of the class because you honestly didn't think it was worth bringing up, but whatever.

She should have known.

Slow down when people slow down. Speed up when it's asked of you. Breathe heavily at regular intervals as everybody else is breathing heavily.

Your resistance is all the way down, but nobody needs to know that. And they won't.

It's the two of you against the world, not adhering to the rules, and kind of ruining the experience for everybody else.

Shit, maybe this time will be different. Maybe you can actually turn up the resistance without pulling a muscle in your calve.

Maybe, just maybe, following the instructor's words will actually be possible and you won't be pretending to lean left when really you're too exhausted to do anything else but sit straight.

And then they scream that you're only at a 5 when you should be at an 8 and nah, that's it, you're done, over.

It's happening. You're doing it. The class is in full swing and no amount of fury or anxiety can change that now.

You look to your right and your friend has opted for the same sad resolve as yourself.

The fight has gone out of you both.

The bikes have you now.

Because you have died. Spinning killed you both.

Girls With Goals || Her · Ep.151: 'A Story Shared' - Aoife P. Rafter on blogging during a pandemic and living with CF
popular
Status Yellow snow warning issued for five counties
Adam King is going to be on the Late Late Show tomorrow
'I loved it': The childhood drug addiction that inspired The Queen's Gambit
The son in The Undoing is the real life child of Corrie star Katy Cavanagh
Body found near I'm A Celebrity's Gwrych Castle
Miley Cyrus says she will "always" love ex Liam Hemsworth
Hugh Grant confirms shots were cut from The Undoing finale
You may also like
5 months ago
WIN a €250 Gym+Coffee voucher for a workout wardrobe update
6 months ago
Spanx has launched a 'booty boost' gym wear range and it's available in Ireland
7 months ago
10 of the best buys on ASOS if you need motivation on the fitness front
9 months ago
This week's Curated With Cassie is about brunch burgers and boobs!
9 months ago
WIN a hoodie hamper from Gym+Coffee to spruce up your spring workout
10 months ago
Penneys has some gorgeous €10 fitness gear to welcome you back to the gym
Next Page