From time to time, a lot of us will suffer from a bad night of sleep. You could be tossing and turning, you could have a million things running through your mind, or most annoyingly, you could just be wide awake even though you're absolutely exhausted.

Or, you could just be a light sleeper. 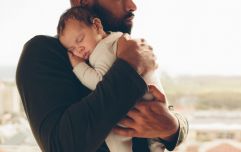 END_OF_DOCUMENT_TOKEN_TO_BE_REPLACED

A staggering amount of people in Ireland have admitted to being a light sleeper (63 percent), however of those, 57 percent said that they still drink coffee at the end of the day.

A lot of people might admit that coffee 'does nothing to them', but if these results are anything to go by, it could definitely be disturbing you from having a full nights' sleep.

To further that, 3 out of 4 said that they sleep with their phones beside their beds. How many times do you wake up to check your phone? Is it the first thing you reach for when you open your eyes?

There have been numerous studies over the past few years which show how much having a phone in the bedroom can affect us, so is it time to ditch them in the bedroom?

DID Electrical conducted the study which coincided with research from the University of Colorado that found that inadequate sleep (less than 7 hours a night) is strongly linked to poor vascular health.

We all want a good night of sleep and we all want to feel well-rested, so is it time to take the right steps in order to do so?

The study comes as DID released its Health & Wellbeing collection this week, which you can check out here.

Girls With Goals || Her · Ep.151: 'A Story Shared' - Aoife P. Rafter on blogging during a pandemic and living with CF
popular
Matthew Perry's dad was a character on Friends and how did we not notice?
New weather warning issued as Storm Christophe passes over Ireland
Joe Exotic has limo waiting as he expects presidential pardon from Donald Trump
INTO asks government to reconsider limited reopening of schools due to "grave safety concerns"
Here's what will happen in Bridgerton season 2 - if Netfix goes by the books
Here's what happens on every day of your menstrual cycle (roughly)
Someone has ranked the penis size of men from all over the world
You may also like
1 month ago
Sleeping with your dog in bed can actually be good for your health, shows study
8 months ago
If you absolutely have to eat late at night, here's what to go for
10 months ago
There are six kinds of sleep personalities - and here's how to find out yours
10 months ago
Aoibhín Garrihy's new BEO beauty sleep range is available at Kilkenny stores
10 months ago
Sick of being sick? 5 easy ways to super-charge your immune system
11 months ago
Apparently, Dry January is the best thing you can do for your sleep health
Next Page