There's a really funny health side effect to being in love

OH HEY Beyoncé, sorry but looks like it’s actually impossible to be drunk in love.

New research by The University of Sydney suggests having sex or being in love will have a sobering effective on the brain.

Reporting their findings in scientific journal Proceedings of the National Academy of Sciences, a team led by Dr. Michael Bowen experimented with levels of oxytocin and alcohol in rats. Oxytocin is commonly known as ‘the cuddle hormone’ and is most prevalent during sex.

When the researchers infused oxytocin into the brains of rats which were then given alcohol it prevented the drunken lack of coordination typically caused by the alcohol.

"In the rat equivalent of a sobriety test, the rats given alcohol and oxytocin passed with flying colours, while those given alcohol without oxytocin were seriously impaired," said Dr. Bowen.

The team found that oxytocin prevents alcohol from accessing specific areas in the brain that cause alcohol's intoxicating effects. 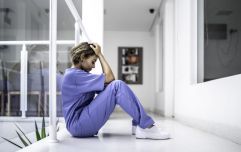 END_OF_DOCUMENT_TOKEN_TO_BE_REPLACED

But, it’s worth noting that while it stops the brain from feeling drunk, it does not help the alcohol leave your body faster.

"While oxytocin might reduce your level of intoxication, it won't actually change your blood alcohol level," Dr. Bowen said. "This is because the oxytocin is preventing the alcohol from accessing the sites in the brain that make you intoxicated, it is not causing the alcohol to leave your system any faster".

Tests have not yet been carried out in humans but the team hopes to pursue these tests in the future.


popular
Zara's €20 top comes in eleven different colours and it's the cosy comfort we need
Golden retriever Sunny delivers groceries to his owner's neighbour and what a good boy
Rihanna has just been given a Government role in her home country of Barbados
#Covid-19: Life cannot go 'back to normal' after Easter Sunday, says Simon Harris
Meghan and Harry issue statement following Donald Trump's Twitter comments
So, William and Harry have a step sister... and who knew?
'You've been great' It looks like Harry and Meghan just shared their final Instagram post
You may also like
5 days ago
#Covid-19: People seeking Covid-19 tests must display two symptoms under new criteria
1 week ago
China reports no new domestic cases of Covid-19 for the first time since outbreak
1 week ago
The HSE's My Options service is available now
1 week ago
Next seven days 'vital' in flattening the curve of Covid-19
2 weeks ago
9 simple steps to stay calm during times of uncertainty, according to a GP
3 weeks ago
Evidence of rodent activity among reasons for six enforcement orders for Irish food businesses in February
Next Page