A postpartum ad has been banned from the Oscars this year

It is intense, postpartum life.

Those first few days after delivery when you not only have a newborn baby to try to keep alive, but are also trying to heal yourself – physically, mentally and emotionally after the life-altering experience that is childbirth.

I remember coming home from the hospital having had my first baby, and being so utterly grateful my mum was there with me. I was a mess. I think we all are. I was leaking from everywhere, my nipples were cracked and bloody, I cried whenever the baby cried and heck, even peeing hurt. 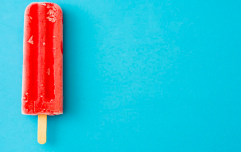 END_OF_DOCUMENT_TOKEN_TO_BE_REPLACED

It was, in short, the most intense and vulnerable couple of weeks of my life.

This is postpartum. And it is an experience we all, as mothers, go through. However, I don't think I was prepared for what this post-delivery period would be like. There is so much information about pregnancy and even birth, books and leaflets and guides, but so very little is said and talked about when it comes to life in the few days and weeks after your baby arrives. I found it totally overwhelming, and still don't know how I could have managed had my mum not been there.

So why isn't it talked about more? Why is it still so taboo to show what postpartum looks like?

The Oscars are taking place tonight, but while it is a night that awards storytelling's highest form, one ad was actually banned from being shown during the commercial breaks of the show – why? Because it was deemed too graphic, with "partial nudity and product demonstration” by the Academy of Motion Picture Arts and Sciences.

The ad you’re about to watch was rejected by ABC & the Oscars from airing during this year’s award show. It's not “violent, political” or sexual in nature. Our ad is not “religious or lewd” and does not portray “guns or ammunition”. “Feminine hygiene & hemorrhoid relief” are also banned subjects. It’s just a new mom, home with her baby and her new body for the first time. Yet it was rejected. And we wonder why new moms feel unprepared. So spray it forward and share this video with every new mom. She deserves to be prepared.

Frida Mom is an American company that makes products for babies and new mums. The company is vocal about starting a conversation about postpartum life, and how to better prepare mothers for this phase.

"Mothers are born at the same exact moment their children are. We are just as vulnerable. We are confused yet somehow instinctually aware. The whirlwind of chaos that leaves our bodies is not lost. It morphs into something else. It shifts and takes shapes that are foreign and familiar.⠀⠀⠀⠀⠀⠀⠀⠀⠀ Mothers. ⠀⠀⠀⠀⠀⠀⠀⠀⠀ Know that you are just as important as your newborn baby.⠀⠀⠀⠀⠀⠀⠀⠀⠀ You are just as beautiful.⠀⠀⠀⠀⠀⠀⠀⠀⠀ Your introduction to motherhood is just as innocent.⠀⠀⠀⠀⠀⠀⠀⠀⠀ The only difference is that despite us being newborns as well, we are expected to have it all together."⠀⠀⠀⠀⠀⠀⠀⠀⠀ - ✍?: @kpphotoinc 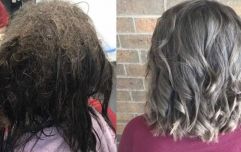 '13 hours later...' The importance of this 16-year-old's hair transformation

END_OF_DOCUMENT_TOKEN_TO_BE_REPLACED

However, when the company created a new ad for one of their postpartum products, it became too much for the Oscars and was banned.

Too graphic for who, exactly? The kids whose mothers went through this to bring them into the world? The partners of those women, who probably just watched them give birth? The soon-to-be postpartum moms who need to know that products like this actually exist?

Despite this, Frida Mom has posted the banned commercial on its YouTube channel, stating: 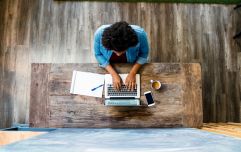 END_OF_DOCUMENT_TOKEN_TO_BE_REPLACED

“It’s not violent, political or sexual in nature. Our ad is not religious or lewd. And does not portray guns or ammunition. It’s just a new mom, home with her baby and her new body for the first time. Yet it was rejected. And we wonder why new moms feel unprepared.”

This year's Oscars rejection comes a year and a half after the company's outdoor billboard-style ads for the Mom Washer, a $15.99 peri squirt bottle, which stated, "your vagina will thank you," were rejected in 13 cities.

Are we not ready to hear about postpartum and what it is really like? Do we not want mums to be prepared?

popular
Love Island fans spot Millie and Liam doing same weird gesture in bed
Love Island fans think they've already sussed who's been dumped
Amanda Knox is pregnant only weeks after suffering a miscarriage
You can now get paid to watch every episode of Grey's Anatomy
Jennifer Aniston cuts ties with all the anti-vaxxers in her life
Prince Harry makes hilarious cameo in Meghan's 40th birthday video
The sad reason why viral gymnast, Katelyn Ohashi, isn't on the USA Olympic team
You may also like
1 week ago
Rainbow tips are the cutest nail trend this summer – so bookmark these ideas for your next mani
1 week ago
Bride dislocates her leg during her first dance in viral clip
3 weeks ago
The first snapshots from the new Sex and the City reboot is here – and it looks AMAZING
1 month ago
Anonymous TikTok account gone private after sparking Casa Amor rumours
1 month ago
Meet the 'Wolf Cut' – the hottest hair trend of summer 2021 – and you'll see why
1 month ago
Bartender praised for passing note after man harassing women in bar
Next Page