The An Post Rás na mBan got off to a flying start today, when the team of cyclists took to the picturesque roads of County Clare for the opening stage of the competition.

Kiltimagh native Team Ireland’s Olivia Dillon is attempting to defend her An Post Rás na mBan title and finished safely in the leading bunch in the same time as the stage winner, Femke Van Kessel of the Dutch WV Breda - Manieu.nl team.

A relative latecomer to the sport, Dillon is a former volleyball international and triathlete who built a successful 12 year career in financial services before making the switch to full time professional bike racing. Now based on the West Coast of the USA, where she rides for the Colavita team, Dillon has established herself at the top of the sport winning several Irish titles in both the Road Race and Time Trial and emerging as overall victor from the An Post Rás na mBan on three previous occasions. Dillon will be Ireland’s sole representative in the Women's Road Race at the World Championships in Ponferrada, Spain later this month. 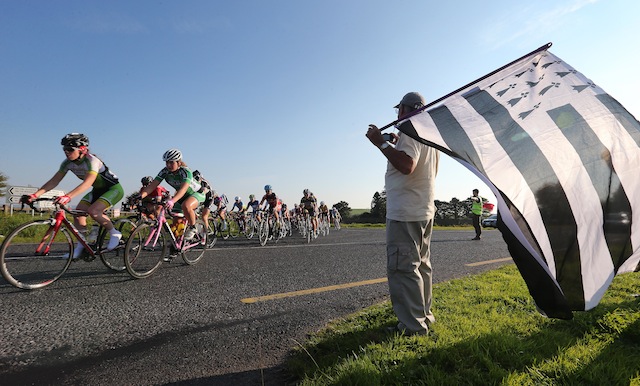 END_OF_DOCUMENT_TOKEN_TO_BE_REPLACED

Todays Stage 1 covered a relatively short 61km from the race headquarters in at the Inn at Dromoland to Ennis. After a short neutralized (non-racing) section, the flag dropped to signal the start of racing at the An Post office in Quin.

The pace was high from the start and it was lone escapee Anne Ewing, a Scot riding for same team as the eventual stage winner, that led the bunch by approx. one minute through Tulla. However, she was brought back on the day's only climb to count toward the IVCA Wicklow 200 Queen of the Mountains competition, the category 2 Maghera. Top points were taken at the summit by Helene Gerard of the French DN Bretagne team. She will wear the Purple Jersey on tomorrow’s stage. 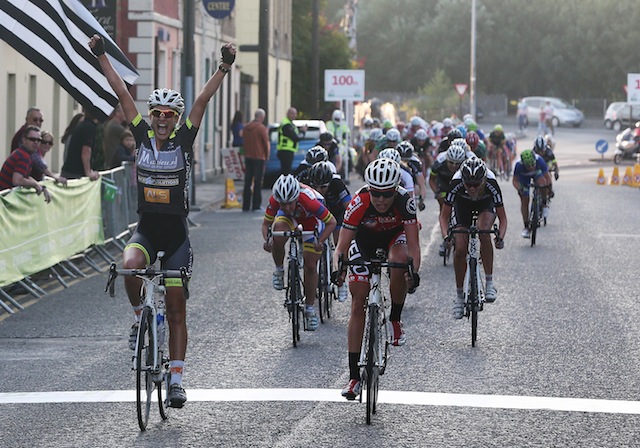 The field was well spread out after the climb but the two leading groups joined up again soon after, which meant that a hectic bunch sprint was the outcome outside the Community College in Ennis. Van Kessel used her impressive turn of speed to edge out American Tayler Wiles, guesting on the Dublin DID Electric Cycle 4 Life team, and the first Irish rider over the line, Fiona Meade of Team Munster.

Van Kessel will wear the An Post Pink Jersey of race leader on tomorrows scenic Wild Atlantic Way stage over 112km from Loop Head to Ballyvaughan. 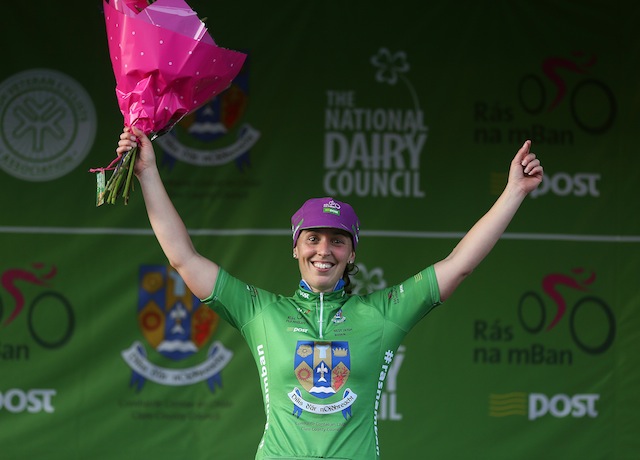 If you can’t make it to Co. Clare, Her.ie will be updating you from the race on these very pages, with the help of Ronan Fox, a Race Official with An Post Rás na mBan. He is always with the race leaders and is best placed to report on the top action of the day!

popular
The First Quadrillionaire? Paypal Accidentally Gives Man $92 Quadrillion
Tesco is refunding 27,000 customers after overcharging them
At least seven bodies have been found in search for Brian Laundrie
Someone has ranked the penis size of men from all over the world
Gogglebox's Paige Deville never wants to speak to mum again after quitting show
How to INSTANTLY unblock your stuffy nose (we swear this works)
Why Are Men so Obsessed With Boobs? The Answer is Pretty Surprising...
You may also like
2 months ago
The Vhi Virtual Women's Mini Marathon is back, here's everything you need to know
10 months ago
Win high-quality adjustable dumbbells and a relaxing massage gun worth €745
1 year ago
Irish people working from home are sitting down for nearly three hours longer every day
1 year ago
H&M launches brand new surf collaboration collection – and we're ready to hit the waves
1 year ago
Officer worker? Here's 5 things you can do to keep fit and healthy
1 year ago
10 of the best buys on ASOS if you need motivation on the fitness front
Next Page