"There was no hope for that poor little baby, but I felt like a criminal."

"Should I just talk away?" She seemed nervous at first, nerves tinged with a palpable sense of urgency, it felt like she had been waiting to tell this story.

With the referendum date confirmed, last month Her.ie decided to make a video retracing the steps of the thousands of women who have travelled to the UK for an abortion.

END_OF_DOCUMENT_TOKEN_TO_BE_REPLACED

I knew the testimonies from the In Her Shoes Facebook page would be crucial - and I also knew that I needed to talk to someone who had been through it in person.

Barely pausing for breath, the woman I met with began speaking the moment we sat down.

Her toddler son was playing nearby; I asked tentatively "is it ok that we discuss this in front of him?" "Of course," she responds without skipping a beat.

The urgency builds as she begins to recount the past: "You try and keep a sense of normalcy about the whole thing, it starts the night before because you have to get up so early, like when you're going on a trip... but with a sick feeling." 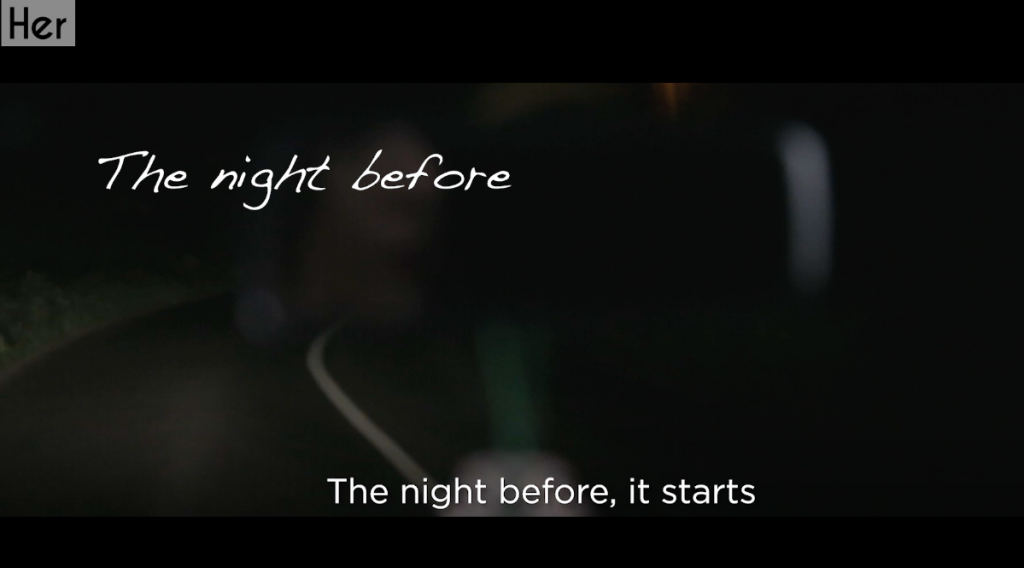 END_OF_DOCUMENT_TOKEN_TO_BE_REPLACED

The woman I spoke to had travelled to Liverpool three years ago for an abortion; it was her first child and very much a wanted pregnancy. She and her partner were told early on that the baby wouldn't survive; the baby was drowning in fluid.

When she visited a clinic to avail of further information, she was accused of being a journalist: "We've had people in before trying to catch us out," they said to her. She responded with "my baby is dying inside me, can you help?"

As her country couldn't help, she booked flights.

"I remember at the airport, I sat in the furthest corner of the coffee shop, so people wouldn’t see me. I remember looking around and seeing some business people, people heading off on shopping trips and then there were around seven other couples that I noticed, the majority of whom I saw later on in the clinic." 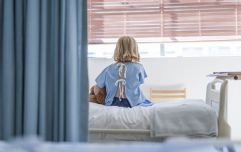 END_OF_DOCUMENT_TOKEN_TO_BE_REPLACED

When they landed the couple headed straight for the clinic: "The taxi - we tried to find a street near the clinic so that I could get out and walk. The taxi man put two and two together. He was not impressed. I felt like telling him, I felt like justifying myself to every person who suspected something."

She told me that once she arrived she became part of what felt like a 'conveyor belt'.

"Your partner can’t come with you. You have to basically state that your partner is not abusive and that it’s of your own free will. She weighed me, I’d actually lost weight because I was so stressed. Then they do a final scan they turn the screen away from you so you don’t see the baby. I wanted to see the baby one last time and I wasn’t allowed. I felt like I was being punished." 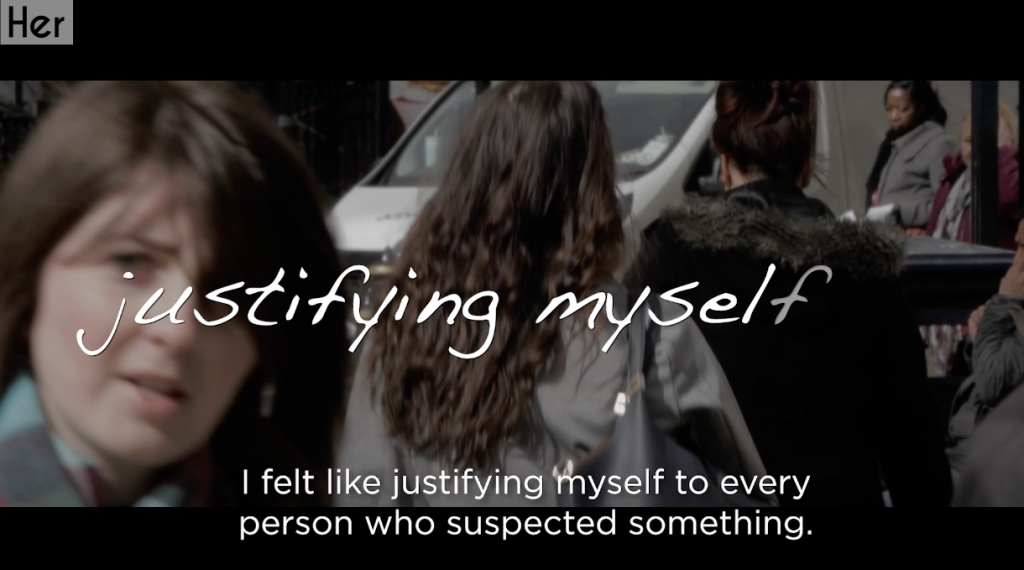 At this point I stopped to apologise; the tears had been welling for a while, the thought of this woman not being able to take one final look at her baby was too much for me. She reached out and touched my hand, as if I was the one who needed comforting. We were both knocked back to reality by her son, who had managed to turn a line of Lego into a piano - a welcome respite from the sadness.

Next, she explained how her partner was told to leave and come back in a few hours. The theatre nurse finally took her documents and told her to 'calm down'. The woman wanted them to understand why she was there: "It's a fatal foetal," she wanted to scream, "The law has forced me to come here, I don't want to be here." 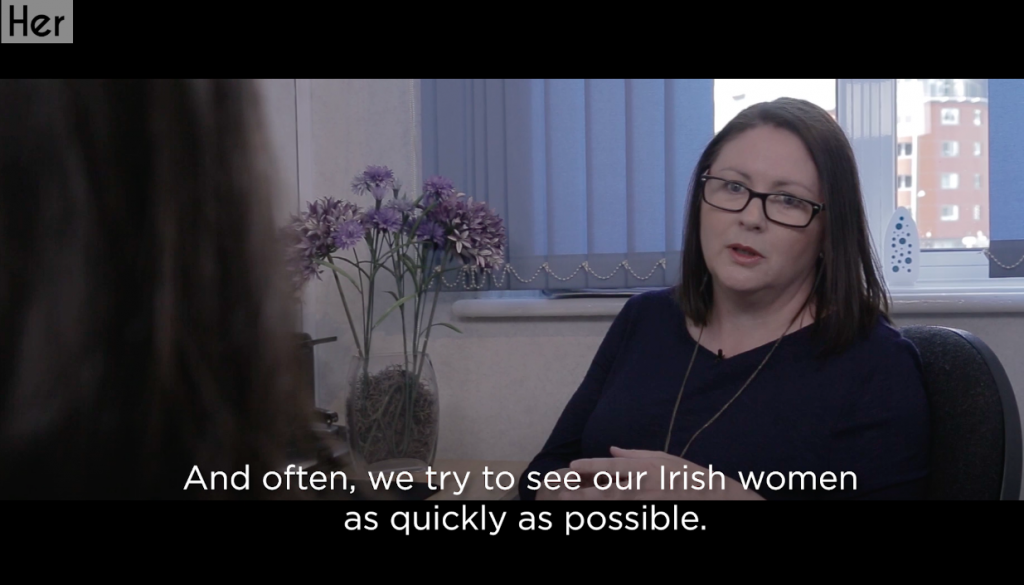 Finally, the anesthetic was brought in, a simple count back from ten and she woke in a ward with all the other women. Despite the ward being full, she explained how lonely she felt. "Uncomfortable and sore, I remember thinking how sad I was that I wasn’t pregnant anymore. Even though I knew the baby wasn’t going to survive, I had a few weeks of a pregnancy. When I woke it was so final, I wasn’t pregnant anymore."

On May 25, Ireland will vote - deciding whether to repeal the 8th amendment of the constitution. If repealed, legislation will be introduced which will allow for safe and legal abortion. Abortion will be a choice that women will get to make themselves, with the help, care, and support of their doctors.

As a journalist, I was told that "the journey had been done". All the major radio stations and TV stations will cover it in some form. "It's 'nothing new'," the critics said, "is it worth it?" they asked. The answer is YES. It was worth it to walk, if only for a day, in their shoes.

We made this video for the women of 'In Her Shoes', we want them to know that we hear their stories, and although it's hard to comprehend the pain they've gone through, we hear them.

I asked the woman who shared her story with me one final question: "How will it help you if the 8th amendment is repealed?" she thought for a moment before responding: "I won't feel sad for them anymore in the mornings. When it's a particularly bleak morning, usually in the winter, I think of the women who are heading to the airport and I feel so sad, that will go away."

Before leaving, I gave a well-deserved standing ovation to the gifted Lego piano player... a star of the future - and a star that will hopefully - after May 25 - live in a more just and less cruel Ireland.

popular
Prince William shouts at photographer who was "stalking" his family
Michael Owen hilariously responds to Love Island's heart rate challenge
Irish girls name was the most used Irish name in the United States last year
Love Island: Danica sets her sights on Andrew as Luca asks Jacques about his relationship with Gemma
First Dates' Merlin Griffiths returns to hospital following cancer complications
Wait, are former contestants returning for Casa Amor?
Irish man dies following hit-and-run in London
You may also like
32 minutes ago
Flavoured vaping products could be soon be banned in EU
39 minutes ago
Ekin-Su lands herself in a "sticky situation" as the recoupling looms on tonight's Love Island
1 hour ago
Winona Ryder "struggled to take of herself" after break up with Johnny Depp
2 hours ago
Victoria Beckham recalls moment she was weighed on live TV
3 hours ago
Airline to launch world-first economy bunk beds for long-haul flights
3 hours ago
Irish man dies following hit-and-run in London
Next Page