Yesterday saw an action packed beginning to this year's An Post Rás na mBan, with Femke Van Kessel emerging the winner of a thrilling opening stage in County Clare.

Today, the event traced terrain from Loop Head along the spectacularly beautiful Wild Atlantic Way through Lahinch and Doolin to the finish in Ballyvaughan and the competition certainly kept up the momentum of the previous day.

There is a special award within the race for the best young rider in the overall standings and that rider wears the Women’s Cycling Ireland White Jersey for the following day.

END_OF_DOCUMENT_TOKEN_TO_BE_REPLACED

The wearer of that jersey today was 22-year old Henriëtte Woering of The Netherlands, riding for Team Rytger.

Henriëtte, who only signed for the Danish squad earlier this season, is in the unusual position of having support not just from her team mates but also from her identical twin sister Melanie, who is guesting for Team Rytger at the An Post Rás na mBan.

Melanie will sign full time for the team next season.

“We’re twins so we’ll always ride for each other,” they said. 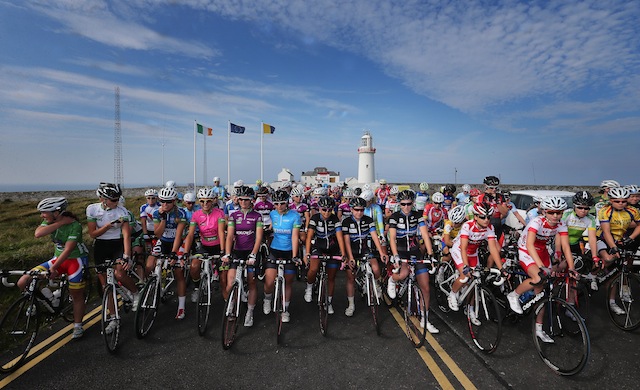 END_OF_DOCUMENT_TOKEN_TO_BE_REPLACED

Speaking before this morning's start, the twins said they were very satisfied with Henriëtte’s fourth place in yesterday's opening stage on their first visit to Ireland, saying: “We’ve always wanted to come to this race but our teams never entered before.”

After finding the pace comfortable over the yesterday's climb and in the run in to the final bunch sprint, both twins were determined to defend the Women's Cycling Ireland White Jersey today.

In the windy West coast conditions, two lone breakaways gained a significant gap on the bunch.

END_OF_DOCUMENT_TOKEN_TO_BE_REPLACED

First, Scottish rider Anne Ewing of the Dutch WV Breda - Manieu.nl team gained a lead of over a minute and after she was brought back, Mathilde Mathijsse of the Bonito Squadra Corse team tried her luck. Mathijsse rode strongly to build a lead of nearly three minutes, taking the Category 1 IVCA Wicklow 200 Queen of the Mountains prize at the Cliffs Of Moher. 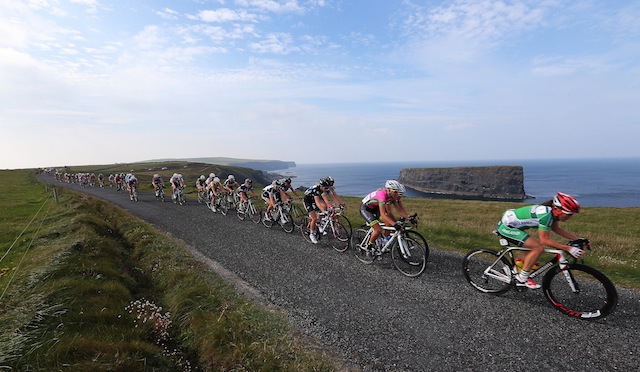 However, the main bunch were not in the mood to let a lone break win the day and after Mathijsse was reeled in, the bunch fought out the finale around the Burren coast.

The sprint finish was taken by yesterday's runner-up Tayler Wiles of the DID Electrical Cycle4LIfe Team. Team Rytger’s Frida Knutsson of Denmark crossed the line in second place, while Team Munster’s Fiona Meade was third and best Irish rider for the second day running.

Wiles takes over the race leader's An Post Pink Jersey for tomorrow's split stage of an 8km Time Trial in the morning and one hour circuit race in the evening, both in Ennis.

There was mixed news for Henriëtte Woering who, despite finishing in the leading bunch, lost her Young Riders Jersey. The blow was softened by the news that it will be worn tomorrow by her 17-year-old team mate Knutsson.

If you can’t make it to Co. Clare, Her.ie will be updating you from the race on these very pages, with the help of Ronan Fox, a race official with An Post Rás na mBan. He is always with the race leaders and is best placed to report on the top action of the day! 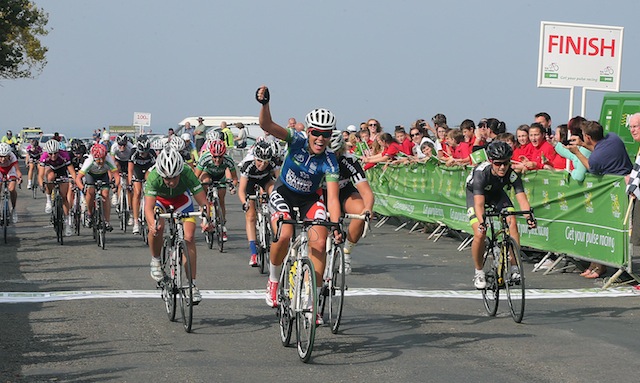 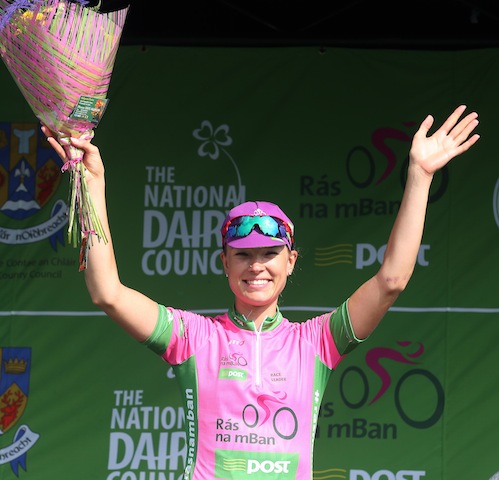 popular
Dami explains why he was "angry" during the Love Island reunion
Emmerdale actor Sam Gannon dies aged 31
Why Are Men so Obsessed With Boobs? The Answer is Pretty Surprising...
Woman (20s) stabbed fives times in attack in Co. Kerry
John Travolta pays moving tribute to Olivia Newton-John
Jacques O'Neill addresses Paige and Adam's relationship on Instagram
Barry Keoghan announces the name of his baby boy
You may also like
4 months ago
Laura Whitmore launches new activewear edit with Dare 2b
11 months ago
The Vhi Virtual Women's Mini Marathon is back, here's everything you need to know
1 year ago
These new fitness kits have everything you need to get fit and strong at home
1 year ago
5 really simple fitness tips you can do at home
1 year ago
Win high-quality adjustable dumbbells and a relaxing massage gun worth €745
1 year ago
Irish people working from home are sitting down for nearly three hours longer every day
Next Page