"We need actual information signposted on those loo rolls."

Deborah James has called for toilet paper to include details about bowel cancer on their packaging as she continues to receive palliative care at home.

The host of the You, Me and the Big C podcast has had bowel cancer for the past five years, and has been actively raising awareness for the symptoms of the disease. 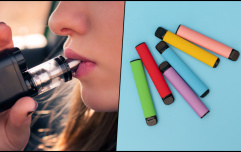 END_OF_DOCUMENT_TOKEN_TO_BE_REPLACED

Responding to her friend Cara Hoof's successful pitching of the idea to Marks & Spencer, James called for all toilet paper packaging to include the symptoms of bowel cancer during today's episode of Lorraine.

Appearing via video link, Deborah congratulated Cara and said: "I’m so pleased that you are talking about the hard work that you have put in, and what you have achieved.

"I know we’ve both gone through bowel cancer and we’ve spoken so many times about getting signs and symptoms on loo roll but you finally did it and I am really really proud of you for doing that. 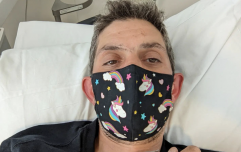 END_OF_DOCUMENT_TOKEN_TO_BE_REPLACED

"It’s the start of things to come, I think we should now do a big shout out to other companies now, saying come on where’s your signs and symptoms."

She went on: "We need actual information signposted on those loo rolls so I’m hoping lots of other big brands will now go 'Yeah, hang on, this makes massive sense. This is what we need to be doing.'"

She added: "I can’t wait to see that happen."

END_OF_DOCUMENT_TOKEN_TO_BE_REPLACED

According to the HSE, 90% of people with bowel cancer report a persistent change in their bowel habits (going more often with looser stools and sometimes stomach pain), blood mixed into their poo and stomach pain, discomfort or bloating that is brought on by eating.