Health experts are warning students to be aware of their caffeine intake during exam season, following the death of a US teenager.

According to Gary Watts, the coroner of Richland County, South Carolina, the way the drinks were ingested, particularly the "chugging of the energy drink at the end" caused cardiac arrhythmia. 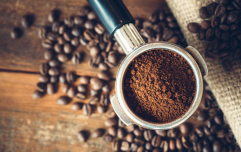 END_OF_DOCUMENT_TOKEN_TO_BE_REPLACED

Davis collapsed at school and was pronounced dead an hour later.

Dr Marian O'Reilly, chief nutrition specialist at Safefood.eu, said students need to educate themselves on the caffeine content of popular energy drinks before consuming them.

She told the Irish Independent: "Some energy drinks contain up to 17 and a half teaspoons of sugar and have the equivalent of two to three cups of coffee.

"The marketing on these drinks is particularly appealing to kids and have very small warning labels, which are largely ignored.

"Many parents look upon the likes of Red Bull and Monster in the same way as any other fizzy drink, but don't take into consideration the huge amount of sugar and caffeine in them."

This Safefood infographic explains what exactly is hiding in that study pick-me-up:

popular
Charlie Bird says he "cries every day" as he struggles to cope with MND diagnosis
Real Housewives of Johannesburg star Naledi Willers dies aged 30
Boris Johnson announces birth of "healthy baby girl"
Concerns over travel restrictions this Christmas due to “significant numbers” of Omicron
Marty Morrissey to take a step back from RTÉ after tragic death of mum Peggy
Schoolboy placed in isolation for putting hair in plaits like female classmates
Pippa O'Connor "forever grateful" as she goes to Billy's last check up in Holles Street
You may also like
2 years ago
Barista causes controversy by trying to refuse a pregnant woman caffeine
2 years ago
This coffee shop in Dublin city centre won't accept cash and here's why
2 years ago
I ate chewable coffee cubes for a week and I was absolutely wired
4 years ago
Starbucks is opening its largest store ever, and honestly... it's just too much
4 years ago
Students almost die after ingesting the caffeine equivalent of 300 cups of coffee
1 month ago
Shirley Ballas shares update after getting lump checked
Next Page