Drinking one bottle of wine per week as the same lifetime cancer risk as smoking 10 cigarettes.

A new UK study estimates that consuming one 750ml bottle of wine per week increases the likelihood of developing cancer even in non-smokers.

It said that if 2,000 non-smoking men and women drank one bottle a wine a week for the rest of their lives, approximately 10 more of the men and 14 more of the women would go on to develop cancer.

This risk is particularly relevant for women due to the link between middle-aged women, breast cancer, and alcohol consumption.

The results from the study read:

"One bottle of wine per week is associated with an increased absolute lifetime cancer risk for non-smokers of 1.0 percent (men) and 1.4 percent (women).

"The overall absolute increase in cancer risk for one bottle of wine per week equals that of five (men) or ten cigarettes per week (women).

"Gender differences result from levels of moderate drinking leading to a 0.8 percent absolute risk of breast cancer in female non-smokers." 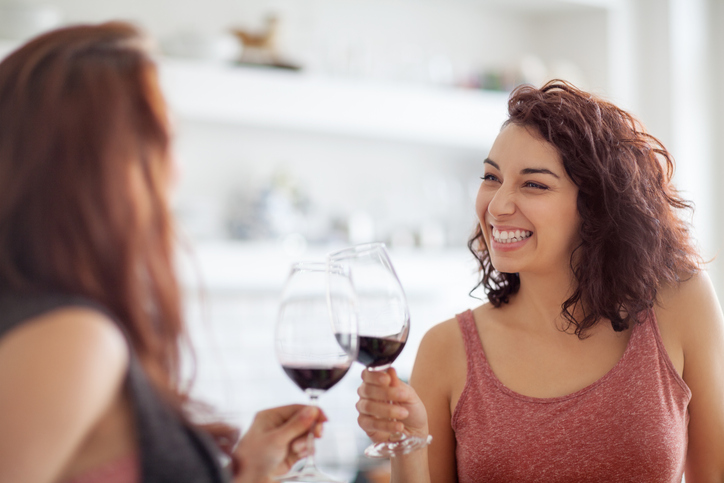 Researchers said that the comparison between alcohol and cigarettes can help inform the public that moderate levels of drinking are still a public health risk for women, as well as men.

Dr. Theresa Hydes said that it has been "well established" that drinking large amounts of alcohol has links to cancer of the breast, mouth, throat, gullet, bowel, and liver.

"Yet, in contrast to smoking, this is not widely understood by the public," she said.

"We hope that by using cigarettes as the comparator we could communicate this message more effectively to help individuals make more informed lifestyle choices.

"At an individual level, cancer risk represented by drinking or smoking will vary and, for many individuals, the impact of 10 units of alcohol (one bottle of wine) or five to 10 cigarettes may be very different."

popular
FBI reveal that Brian Laundrie is responsible for Gabby Petito's death as they discover notebook
Actress Regina King pays tribute to her son as he dies suddenly
Lisa Fallon praised as she opens up about terrifying ordeal on Late Late
A documentary about two Irish boys who skipped school to go to New York is coming soon
People are only realising Kendall Jenner and Gigi Hadid are related and the reactions are gas
Ben Foden explains why he called Rachel Stevens "sexiest woman alive"
A clip has resurfaced of Machine Gun Kelly discussing a teenage Kendall Jenner
You may also like
4 days ago
Veganuary - why so many people are doing it and what you need to know to succeed
6 days ago
Blue Monday: 10 small ways to stay positive through the gloominess of January
2 weeks ago
Opinion: Maybe our bodies don't need to be optimised all the time
2 weeks ago
3 wellness trends that will define 2022 – and we are excited
4 weeks ago
3 years on from repeal, abortion is still not fully accessible in Ireland
4 weeks ago
Hymenoplasty to be criminalised in England
Next Page