Fans praise documentary for showing what fibroids actually look like

"Excellent watch for any woman with fibroids."

Viewers tuning in to Kate Garraway's new programme - Your Body Uncovered - praised it for showing viewers what fibroids actually look like. 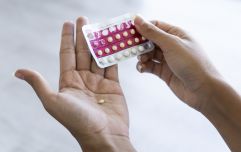 END_OF_DOCUMENT_TOKEN_TO_BE_REPLACED

Through the AR technology, the team were able to get up close and personal with the fibroids, leaving Hilda, and viewers at home, with a better understanding of the condition.

Hilda shared her experience with fibroids on the show, saying: "It's taken away my self-confidence, that means I’ve limited how much I’ve interacted with people. Where I go to and who I want to be around. It takes away your youth, it takes away your social life."

She also explained that her fibroids caused her tummy to swell, describing the condition as painful and "incredibly stressful".

Health has never been more important. I hope “Your Body Uncovered with @KateGarraway” on @BBCTwo at 8pm tonight helps my patients and the public to take control of their healthcare. I’m available for Twitter Q&A to talk about anything during the broadcast tonight... See you then! pic.twitter.com/NAdiXHU3gP

END_OF_DOCUMENT_TOKEN_TO_BE_REPLACED

Many took to Twitter to share their appreciation for the technology, as well as the broader discussion of fibroids on mainstream TV.

One viewer wrote: "Utterly shocked (in a good way) that Fibroids are getting a mention on national tv. It literally never happens."

A second fan tagged Kate in a post and praised her for her role in Your Body Uncovered. They wrote: "Your body uncovered. Excellent watch tonight for any woman with fibroids." 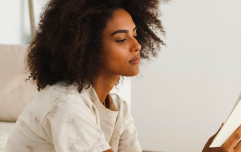 END_OF_DOCUMENT_TOKEN_TO_BE_REPLACED

A third tweeted: "Watching Your Body uncovered on BBC2 and the visuals of Cameroonian fashion blogger and stylist @Mammypi fibroids are both scary and amazing at the same time. Science is truly awesome."

According to the the Mayo Clinic, fibroids are non-cancerous tumours that grow in the muscle wall of the womb. Symptoms of fibroids include heavy menstrual bleeding, long periods, pelvic pain, constipation, frequent urination, difficulty urinating and leg and back pain.

popular
Baby found unattended in pram in Dublin, Gardaí reveal
Joanna Cooper heartbroken after her mum is diagnosed with dementia
Love Island first look: The Hideaway is open tonight as Ron has something to tell Lana
Toddler tragically dies in Wicklow following choking accident
No plans to abolish homework, says Minister Foley
Gwen Stefani reportedly pregnant with baby number four
Conor Mcgregor hit by car ‘at full speed’ while cycling
You may also like
6 months ago
Free contraception for women aged 17-25 will be available from September
6 months ago
People under 40 should not drink alcohol at all, claims global health study
7 months ago
Disney and Netflix among US companies announcing they'll cover employees abortion travel costs
7 months ago
I tried this morning wellness routine for a month – and I feel better than ever
8 months ago
Spain set to offer three-day ‘menstrual leave’ for women every month
8 months ago
Happiness diet: Seven foods to boost your mood and make you feel better
Next Page