He'll be back on The Late Late Show this Friday too.

Ryan Tubridy returned to presenting duties on his radio show this morning after suffering from Covid-19, saying he was "back and very happy to be here".

The RTÉ star revealed that he had suffered only a very mild dose of the Coronavirus. "I had this persistent cough. I got it checked out. I tested positive," he told listeners this morning. "I didn’t have a fever or flu. I didn’t take as much as a tablet, a paracetamol. It was almost negligible." 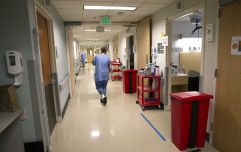 Close contact healthcare workers called back to hospitals due to shortage

END_OF_DOCUMENT_TOKEN_TO_BE_REPLACED

Despite his mild symptoms, Tubridy said that stepping away from his radio show and The Late Late Show to self isolate was the right thing to do. "In many ways it was useful, as I was pretty tired anyway," he said of the  taking a couple weeks off to rest up.

"I feel on top of the world today. Very healthy, very grateful."

Friends, it’s been too long. Hope everyone is keeping well here and getting through this, one day at a time. Looking forward to reconnecting at 9am. ? @RTERadio1 #StaySafe pic.twitter.com/3loSiW6sWY

Tubridy continued that he felt humbled by the whole experience and that it had caused him to reflect on how fortunate he had been, as well as the people he loves in life. "It's been a strange time but I'm a very grateful man sitting talking to you this morning. I was lucky to get the other end of it, that wasn't as difficult as the one that some people have gotten."

During his time in self isolation, the radio host said he did a lot of reading, watched loads of old movies – as well as Netflix hit Tiger King – and baked with his daughters.

He revealed how he had gotten a lot of letters from the public, as well as some Masses said for his health. He said that people had told him that their children had cried when they'd heard he was ill, afraid that the Toy Show would be cancelled. 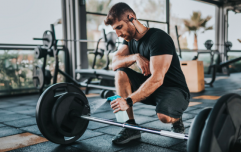 You are "extremely" unlikely to catch Covid-19 at the gym, study says

END_OF_DOCUMENT_TOKEN_TO_BE_REPLACED

Tubridy praised the actions of the wider community, saying that there was a "fierce goodness" and "wonderful sense of patriotism" evident. He appealed to listeners to stay home over Easter to keep the virus at bay.

Now back at RTÉ, Ryan Tubridy thanked Oliver Call and Miriam O'Callaghan who had filled in for him, and said that he would be back on The Late Late Show this Friday. He said that he has started today by going for a walk by the sea at 7am "to get shot of sea breeze in my lungs – and man it felt good."