"We might have a vaccine that can be rolled out in around five years."

The first vaccine to protect against chlamydia has passed its initial safety test, the Lancet Infectious Disease Journal has said.

The vaccine has been developed to protect against the incredibly common sexually transmitted disease that affected almost 9,000 people in Ireland last year.

Researchers have said that a vaccine may be the most efficient way to protect against the STI, which can be passed during unprotected sex.

This is the first time such a vaccine has entered human trials.

BBC News reports that scientists have called the safety test results "encouraging," but are adamant that there is still a long way to go before a chlamydia vaccine is available. 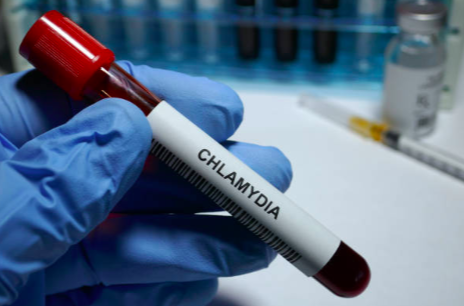 "The next step is to take the vaccine forward to further trials, but until that's done, we won't know whether it is truly protective or not," said investigator prof Robin Shattock.

"We hope to start the next phase of testing in the next year to two. If those trials go well we might have a vaccine that can be rolled out in around five years." 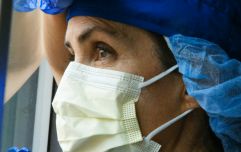 END_OF_DOCUMENT_TOKEN_TO_BE_REPLACED

Chlamydia is the most common STI in Ireland, with the number of cases rising a considerable amount of the past five years.

The infection can be passed through unprotected penetrative and non-penetrative sex wth bacteria present in seminal and vaginal fluid.

Chlamydia is often symptomless, but the disease can lead to pain during sex, pain while urinating, abnormal vaginal discharge, and lower abdominal pain.

The infection can be cleared up by a course of antibiotics, but if left untreated can cause fertility issues. Chlamydia can currently be caught a second time if the person comes into contact with the disease again.

Researchers have suggested that the chlamydia vaccine could be offered alongside HPV immunisation in future.

popular
Teenager rescues two young boys who got into difficulty swimming in the River Boyne
7 skin care wonders: beauty products I just can't live without in my 30s
Irish influencer Lisa Jordan reveals her little boy's name and it's so cute
Meath creche with five postive COVID-19 cases has closed due to HSE advice
Want a snatched nose? These contouring hacks are making waves online and they're pretty simple!
Green hair and ripped bikini lines! We have only ourselves to blame for these lockdown beauty disasters
This 'Mississippi Mud Pie' recipe is a must-try for chocolate cake fans
You may also like
6 days ago
Daisy Coleman from Netflix's Audrie & Daisy has died, aged 23
6 days ago
Concerns over extradition of Madeleine McCann suspect Christian B
1 week ago
11 new Emperor penguin colonies discovered in Antartica
1 week ago
Bewley's is set to open its doors... again!
2 weeks ago
Staycation scams: Warning issued for home holiday makers this summer
2 weeks ago
104 Pandemic Unemployment Payments cut following airport checks
Next Page