Danielle Hayes is a National and World Senior Powerlifting Champion however she has had to overcome a great deal to get where she is now.

Recently we sat down with the Irish athlete to talk about why she got involved in the sport and what hopes she has for the future. 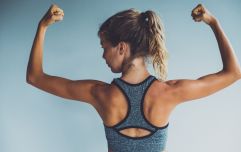 END_OF_DOCUMENT_TOKEN_TO_BE_REPLACED

I started powerlifting last January but I started lifting generally when I was 21. I was very overweight as a child. When I was 17, I was over 13 stone so I started Weight Watchers and lost an awful lot of weight to the point where I developed bulimia. I was really skinny and very sick, and I hid it until I was about 21. That was when my brother (Darragh Hayes)  stepped in. He’s a personal trainer and has his own gym (Cover Model Body Gym) so he started coaching me.

For me, it was more about the diet and getting around the fear of eating again. When I was in Weight Watchers I stuck to the low-calorie stuff so I was living on meringues and plates of vegetables. My brother had to coach me into eating again and he brought me to the gym. Since then I’ve just sort of spiralled. He then asked me would I start competing but I just never had the confidence to do it and then finally I said I may as well. So I started competing last January and now, a year later, I’m world champion. 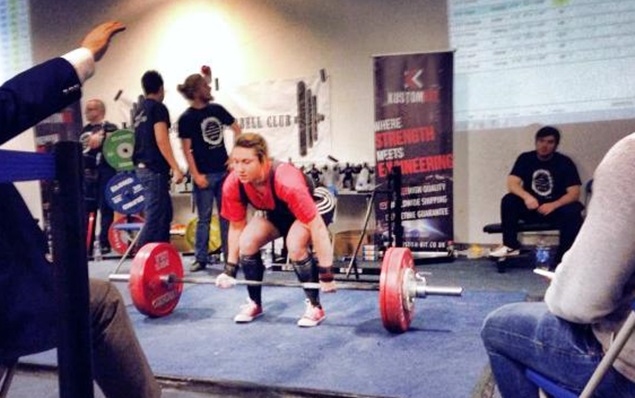 I just love lifting and what it does for me mentally and physically... In the beginning, I was striving to be skinny and I did become very skinny but I was wasting away. I had dark circles under my eyes because I wasn’t eating properly and then, when I first signed up to the gym, I stuck to the cardio machines. I didn’t want to be in the men’s section because I didn’t have any confidence to lift the weights and I always thought that if I lift weights, I’m going to be bulky and I just wanted to be really skinny like the models in magazines. I wanted to look like that but then I’m tall and I’m broad so i was never going to be one of those stick thin figures and now I’m good at what I’m doing. I’m strong and focused. 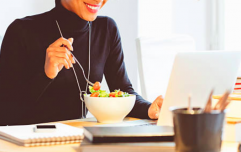 Officer worker? Here's 5 things you can do to keep fit and healthy

END_OF_DOCUMENT_TOKEN_TO_BE_REPLACED

A lot of women will see it’s not all about being skinny. It’s empowering for a girl to be strong... It’s empowering and it’s for you. It’s great to be strong, confident and fierce. I have an inner strength that I never had before and my confidence is so much higher now.  You’re never going to be 100 percent happy with what you have but you have to live with it and do something positive about it. There are still parts of my body that I wish I could change but I focus on being strong and push through it.

The Pressure on Young Girls

It’s worse now than what it was like when I was a child. I’m a teacher and it’s so noticeable in every school... They come to me with their problems and some of them are so focused on the media. They strive to be like Rihanna and Beyoncé. They want to look like that and they think that’s what guys like as well. I think age has a lot to do with it and I think it’s hard for them to understand the impact of that and then there’s social media as well which promotes the same ideals.

Being a Role Model 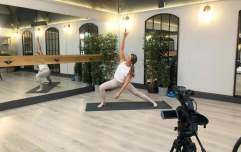 #SocialDistancing: Missing being active? Now you can do live Platinum Pilates classes online every day

END_OF_DOCUMENT_TOKEN_TO_BE_REPLACED

The amount of girls that message me on FB is incredible and it’s great to be able to help them... I didn’t realise the impact my story could have. I think its amazing that people have come to me for help. Before, nobody knew about what I’d been through but I think it has inspired a lot of girls and i think they can relate. 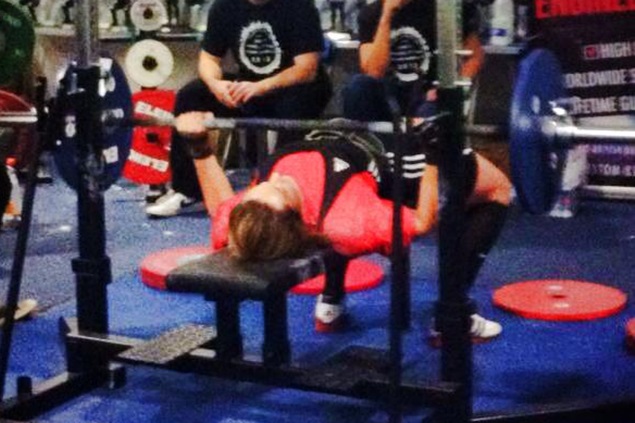 I’m in the gym four or five days a week. I finish school at quarter to four so I come home and relax for an hour. Then it’s off to the gym from about six to half eight so it does take up a lot of my time but I make time for it. I wouldn’t even think twice about it. It’s just a lifestyle now.

I have to have calories to keep my energy and metabolism up. For breakfast I’d have something like bacon and eggs. For lunch I’ll have chicken breast with stir-fry vegetables and then I also have a protein shake before and after I lift. After training I’d have chicken and vegetables. If I’m hungry, I’ll have an apple or a handful or almonds or walnuts... It’s all about natural organic foods. I have a cheat day once a week too so I’d have pizza and chocolate on Sunday.

I want to get my personal training certificate so I’ve been doing a bit of research into that. Hopefully I’ll do that in June but although I’d miss teaching. I would like to train people.

Girls With Goals || Her · Ep.151: 'A Story Shared' - Aoife P. Rafter on blogging during a pandemic and living with CF
popular
The son in The Undoing is the real life child of Corrie star Katy Cavanagh
24 hour Penneys: Here's what you need to know about the store's reopening
Juno actor Elliot Page comes out as transgender
'I loved it': The childhood drug addiction that inspired The Queen's Gambit
VIDEO: Irish Mother Gets a Shock When Her Son Returns Home For Christmas
Met Éireann issue "severe" 55-hour weather advisory
The Twelve Moves Of Sexmas - Your Seasonal Sexy Checklist
You may also like
3 months ago
Irish people working from home are sitting down for nearly three hours longer every day
5 months ago
H&M launches brand new surf collaboration collection – and we're ready to hit the waves
7 months ago
10 of the best buys on ASOS if you need motivation on the fitness front
10 months ago
Nutritionist says you can still enjoy alcohol and stay on top of fitness goals
10 months ago
4 protein-rich foods if you're changing up your diet this January
2 months ago
Cheese, chocolate or pasta? What your food cravings mean
Next Page