Wine hangovers are truly, THE WORST.

There's nothing worse than waking up after a serious night on the tiles with a pounding head and a melted brain that you can barely use.

Between white, red and rosé, the sky's the limit when it comes to having a glass of wine as there's so much variety available.

However, if you really suffer from those dreaded wine headaches the day after you've been drinking, it could be down to a number of things. 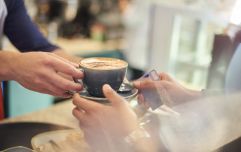 END_OF_DOCUMENT_TOKEN_TO_BE_REPLACED

According to VinePair, those of us that are fans of a wholesome glass of red should perhaps reconsider.

Red wine is known for being the drink with the most tannins, sugar and histamines. Tannins are natural compounds that can be found in grapes and their seeds but are an absolute nightmare for us mere humans. 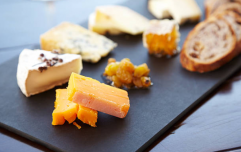 Got your period? Try to avoid these foods as much as possible

END_OF_DOCUMENT_TOKEN_TO_BE_REPLACED

Tannins can also be found in over brewed tea which dehydrate you and sugar, well it goes without saying that sugar dehydrates you too. Tannins can be mostly found in cheap red wines and dessert wines.

If you want to cut out headaches altogether, try white wine but of course, drink it in moderation. Drinking water to equal the amount of wine consumed also helps too.

popular
Airport outfits are all the rage as we head abroad - here are the 4 best ones
Gemma Owen gets to know Jack Keating as her head turns on tonight's Love Island
So it seems Ekin-Su once competed as Miss Ireland before Love Island fame
Penneys has a perfect dupe for Charlotte Tilbury's Flawless Filter foundation
A 'hangover pill' has just gone on sale in the UK - and they ship to Ireland
Love Island's Gemma finally tells villa about dad Michael Owen on TV
Two women killed in shark attacks near popular tourist beach in Egypt
You may also like
2 years ago
Nutritionist says eggs are an essential breakfast food and we're okay with that
2 years ago
Eating a banana for breakfast is actually a pretty bad idea
2 years ago
This is why you should avoid ordering soup when out for a meal
3 years ago
Study shows people who go to sleep at this time consume more calories
3 years ago
Apparently, indulging in your morning fix of coffee can benefit you
3 years ago
If you want to shed some pounds, you might want to introduce this nut into your diet
Next Page