There's nothing worse than buying cute underwear from the shop and have them lose shape after one wear.

Nice underwear is pretty thin on the ground these days as it is, so when you do find a nice set it needs to be treasured.

I've bought pretty bras before that make me feel like a Victoria Secret's model but after throwing them in a wash, they turn out crumpled or even worse, shrunken... And there's nothing more infuriating. 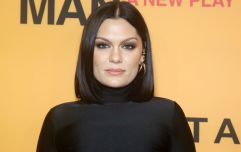 END_OF_DOCUMENT_TOKEN_TO_BE_REPLACED

Thanks to our friends at Bustle, Allison Beale of lingerie brand Journelle shared tips on how to keep those precious undergarments as precious when they were first bought.

Allison kindly shared numerous pieces of advice such as...

Washing your bras as little as possible

While our bras do the very important job of holding our boobs in place, they don't need to be washed after every single wear. Allison told of how bras can be worn down with excessive washing

"It sounds a little unsanitary, but bras don’t need to be washed after each wear. Constant washing can  actually break down the materials that provide support and can damage the bra's structure.

If you've got your 'special' underwear that you only whip out on occasion, make sure to treat it accordingly. 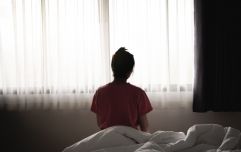 END_OF_DOCUMENT_TOKEN_TO_BE_REPLACED

According to Allison, underwear should be washed in a basin with a little detergent by swirling around in the water, wringed out gently and left flat to dry. This cleans the material delicately rather than it getting stretched or spun in the washing machine.

Never EVER put underwear in the dryer

While putting underwear in the washing machine is a granted no-no, drying your panties in the dryer is also forbidden.

The heat and pressure of the dryer leaves your undies with a greater chance of shrinking... And who likes tight underwear?

END_OF_DOCUMENT_TOKEN_TO_BE_REPLACED

No, don't try to sleep with your underwear ladies (awful joke alert) but instead, fold the cups into each other.

This stops cups being crushed underneath each other.

Hang up your underwear

Hanging bras or chemises means that there's less chance of clasps getting stuck in other bras or underwear. It also prevents any straps or pieces getting tangled, twisted or folded.

Want your underwear to last as long as you? Follow these steps and you'll be getting ALL your value out of them.

popular
Charlie Bird says he "cries every day" as he struggles to cope with MND diagnosis
Princess Charlene in "very vulnerable" condition, says father
Real Housewives of Johannesburg star Naledi Willers dies aged 30
Boris Johnson announces birth of "healthy baby girl"
Concerns over travel restrictions this Christmas due to “significant numbers” of Omicron
Marty Morrissey to take a step back from RTÉ after tragic death of mum Peggy
Schoolboy placed in isolation for putting hair in plaits like female classmates
You may also like
11 months ago
Here's how to wrap Christmas presents without any tape (yes, really)
1 year ago
It turns out we're all peeling oranges wrong and this madness has to stop
1 year ago
Why you shouldn't put your address on your luggage when going on holiday
1 year ago
This simple hack will make your fake tan last WAY longer this festive season
2 years ago
An IKEA sofa was turned into a couch of dreams and you can do it yourself for €250
2 years ago
The simple way to make sure your runners stay fresh all year long
Next Page