"I am still hoping."

Jessie J has said that she still hopes she will be able to conceive naturally despite having adenomyosis, a condition that can affect a woman's fertility.

The singer said that she was told that she might struggle to conceive naturally, but that even so, she remains hopeful to one day become pregnant. 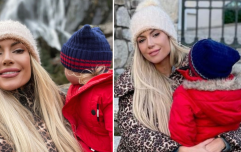 END_OF_DOCUMENT_TOKEN_TO_BE_REPLACED

Jessie was diagnosed with adenomyosis four years ago. The condition, similar to endometriosis, causes the inner lining of the womb to break through the muscle walls of the uterus.

It can cause heavy, prolonged menstrual bleeding, severe menstrual cramps, and bloating. It can also contribute to fertility issues.

"The pain I’ve been through with this disease is the hardest thing I’ve ever had to face," Jessie told The Times.

"I get severe pain, which I have to manage, and psychologically, well, having children was always a big thing for me. I may be infertile, which, not gonna lie, would be devastating. 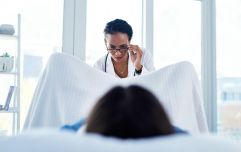 END_OF_DOCUMENT_TOKEN_TO_BE_REPLACED

"Basically, I am still hoping (to be able to conceive). Some days it seems possible I might have children and others not. I have to accept that becoming a mother is going to be a battle."

Jessie, who has been dating actor Channing Tatum since last year, added that will "pray" that she'll be able to conceive naturally, "but if not, I'll deal with it."

This comes after the singer quashed any rumours that she and Channing were planning to get married.

"No!" she shouted when asked if she and the Magic Mike star had had the conversation yet. 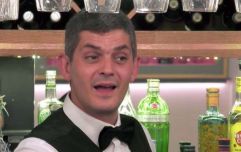 END_OF_DOCUMENT_TOKEN_TO_BE_REPLACED

"No, just because he’s Channing Tatum everyone’s kind of sped us up in to this like, 'are you getting married? Are you doing this?'"

"I’ve been in relationships for a lot longer than Chan and I have in the last four or five years but they’re not famous so no one really cares."

Yes, because they're not Channing Tatum, Jessie.

popular
Bride asks for divorce day after wedding following groom's disrespectful cake stunt
Love Island fans are calling for Ron to be dumped after accusing him of "gaslighting" Lana
Head of dive squad searching for Nicola Bulley thinks 'something's not right'
Has the Call Her Daddy podcast just pulled the best marketing stunt of all time?
Teenager killed in shark attack after swimming with dolphins in Australia
Stacey Solomon hints at baby girl's name as due date nears
Dogs Trust sees massive increase in dog surrender request
You may also like
2 weeks ago
Yes - a Ghost remake is officially happening and Channing Tatum is involved
2 weeks ago
WIN: Tickets to the Irish premiere of Magic Mike's Last Dance in Dublin
9 months ago
Channing Tatum was in Wexford over the weekend
1 year ago
Channing Tatum reveals Magic Mike 3 is on the way
1 year ago
Jessie J makes it Instagram official with new boyfriend
2 years ago
Channing Tatum and Jessie J have split for the second time
Next Page