Late last year, an amendment to the Finance Bill in the UK, which called for an end to the five per cent ‘luxury’ tax on tampons, failed to pass the House of Commons.

Clearly it wasn’t a woman who deemed tampons a luxury item – because honestly, nobody who has their period on a monthly basis would be that insulting.

Now the pharmacy chain Superdrug has launched a campaign aiming to tackle the five per cent luxury tax on sanitary products.

The high street chain will now give customers anywhere between three or 10 loyalty card points whenever they opt to buy own brand tampons or liners.

The points can then be used against other products in-store, as a ‘money-off’ credit.

According to i100, the retailer hopes the scheme will work almost as a refund of the compulsory tax women who menstruate are now being forced into paying. 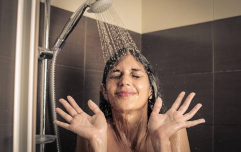 END_OF_DOCUMENT_TOKEN_TO_BE_REPLACED

Explaining the reasoning behind their campaign, head of customer service for Superdrug Gemma Mason, said:

“It’s not like women choose to have periods. Britain is so far behind on this compared to some other countries.

popular
Irish influencer Lisa Jordan reveals her little boy's name and it's so cute
Ed Sheeran is reportedly expecting a baby with wife Cherry Seaborn
This 'Mississippi Mud Pie' recipe is a must-try for chocolate cake fans
Georgie Crawford launches spin-off podcast focusing on all things health
Someone has ranked the penis size of men from all over the world
Jennifer Aniston has made a statement about her relationship with Brad Pitt
Bacteria watch: 7 dirty things to clean in your home immediately
You may also like
3 weeks ago
Mask up: 5 seriously stylish face masks to order now (because they will sell out)
10 months ago
Hungover? Try this chef's patented cure to get you through the day
1 year ago
A study has found whether running or walking is better for your health
1 year ago
This major pancreatic cancer breakthrough offers new hope for treatment
1 year ago
This bad habit makes you FOUR times more likely to catch a cold
1 year ago
Love a bit of gossip? It might not be as bad as you think
Next Page