People who live in detached houses are less stressed than those who don't, study finds

What kind of gaff do you live in?

Is it an apartment? Is it a semi-detached home? Is it a flat? A terraced house? Is it a house that is connected to other houses via a few walls and maybe roofs too if you happen to live in some sort of complex? 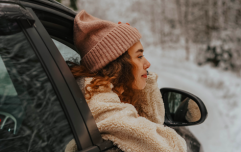 END_OF_DOCUMENT_TOKEN_TO_BE_REPLACED

To be honest, if you live in or around a city, it probably is.

You'd have a hard time finding a young person who's renting in Ireland who also happens to live in a detached home that isn't their family home.

It just doesn't happen. Unless they've inherited that house from a parent or are happy to drive a solid two hour commute every day, your gaff more than likely isn't detached.

It's grand. What difference does it make anyway?

Or, according to a new study, a lot. 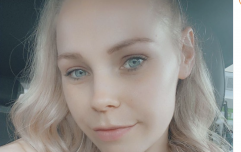 END_OF_DOCUMENT_TOKEN_TO_BE_REPLACED

Research published in the Journal of Epidemiology and Community Health has shown that people who live in detached homes are far less likely to suffer heart attacks and strokes.

They also tend to be a lot less stressed.

The study found that although a person's living arrangements have already been established to be linked to health, indicators of stress could also be directly connected to the kind of house a person lives in.

Using C-reactive protein (CRP) - a chemical associated with stress and inflammation - as a marker, the study found that people living or renting semi-detached houses, terraced homes, or flats had significantly higher levels of the protein. 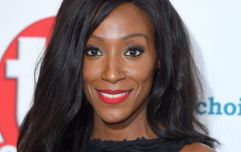 END_OF_DOCUMENT_TOKEN_TO_BE_REPLACED

This means that they are more likely to suffer strokes and heart attacks as they get older, compared to those who have higher security levels and more space to live in.

The research also showed that homeowners also had lower levels of CRP than people who rented which is, yeah, not surprising at all.

Guess we just all need to go buy some nice houses in the country.

popular
DSPCA and Gardaí rescue over 30 puppies and dogs from Dublin apartment
Ireland to be swarmed with freezing weather in the minus figures next week
Stacey Solomon mortified after walking around shop in see through leggings
Rob Kearney and Jess Redden arrive at wedding venue ahead of big day today
8 gorgeous Irish Christmas markets you need to visit this winter
Tributes paid to 29-year-old Irish woman who tragically passed away on holidays
These are the most popular baby names for 2021
You may also like
4 days ago
Vicky Pattison thanks fans for support after doctors find ovarian cyst
1 week ago
5 small things you can do to feel calmer and more in control every day
1 week ago
Booster vaccines set to be given to anyone over 16
1 week ago
X Factor's Katie Waissel updates fans after suffering heart attack
1 week ago
Hollyoaks' Jorgie Porter shares pain of miscarriage of quadruplets
1 month ago
HIV has changed radically since the 80s, but stigma still very much exists in Ireland
Next Page