Plans for the new National Children's Hospital have been approved

It has been announced today that permission for the new National Children's Hospital site shared with St. James' Hospital in Dublin has been granted. 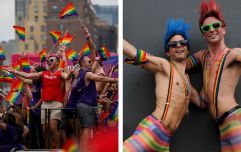 END_OF_DOCUMENT_TOKEN_TO_BE_REPLACED

There has been a lot of controversy around how suitable the Jame's site is for a hospital such as this.

"This truly is a watershed day for children, young people and their families."

"These buildings are a significant catalyst for how the new national model of care will be delivered. 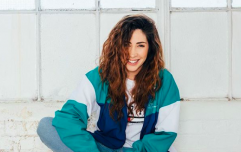 END_OF_DOCUMENT_TOKEN_TO_BE_REPLACED

"We are now firmly on our way to making this long awaited children’s hospital a reality."

It is expected construction will start this summer with the hospital opening in 2020.

Hardiman also said that two satellite centres at Tallaght and Connolly hospitals will be ready by 2018.

Some people were critical of the move on social media:

@campaignforleo Fast forward 10 years and people will be wringing their hands wondering how this terribly illogical decision was made.

@campaignforleo absolute stupid place to build a new hospital. It should be build on a green site not in the city

@campaignforleo absolute stupid place to build a new hospital. It should be build on a green site not in the city

Girls With Goals || Her · Ep.156: 'Beauty Returns' - Rebecca O'Keeffe is BACK and we're talking about viral beauty trends
popular
A royal insider has revealed the truth behind Meghan and Kate's rumoured feud
Palace source says THIS incident on the tour of Australia upset Meghan's staff
The Queen has banned Meghan Markle from wearing any of Princess Diana's jewellery
Meghan Markle's old CV has emerged - and it seems she lies like the rest of us!
Kate Middleton has addressed the rumours that she's pregnant with her fourth child
A letter to my daughter on International Women's Day
Lorraine Kelly has some extremely harsh words for Meghan Markle
You may also like
1 month ago
Schools "will reopen" on phased basis from February
1 month ago
Leo Varadkar says if Ireland introduced mandatory hotel quarantine, it would have to do so for a year
2 months ago
"Alcohol curfew" to stop takeaway pints considered by government
2 months ago
Leo Varadkar says the new restrictions may be in place throughout January and February
8 months ago
Leo Varadkar defends use of Mean Girls quote in Covid-19 speech
8 months ago
Micheál Martin set to serve as Taoiseach until end of 2022, as draft programme agreed
Next Page