Cramps, heavy bleeds, bloating, pain during sex and even infertility - endometriosis is a horrendous condition.

It affects as many as one in ten women but like many conditions specific to the fairer sex, awareness of endometriosis is often poor and even medical knowledge on it is lacking.

Now scientists think they could be close to a cure for the symptoms.

END_OF_DOCUMENT_TOKEN_TO_BE_REPLACED

A team at Washington University School of Medicine have been able to shrink lesions caused by endometriosis in mice using drugs.

Animals who were given an antibiotic called metronidazole saw a reduction in the size of the lesions in their gut.

The antibiotic also proved to prevent to the growth of lesions in mice with endometriosis. 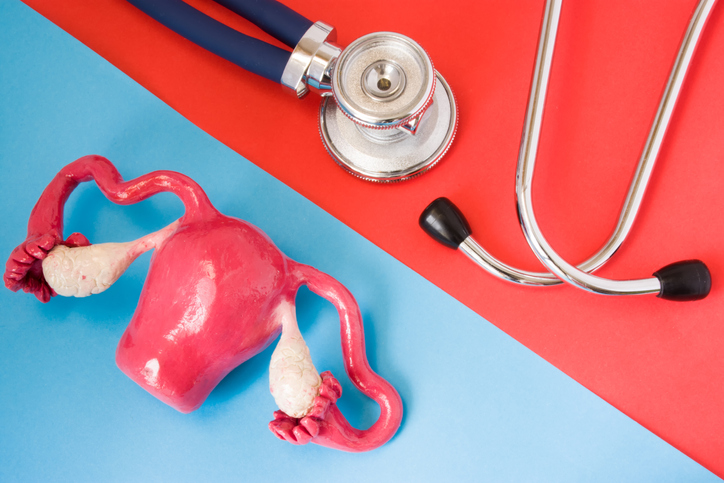 The researchers found that those with the condition also lack a type of protective gut bacteria, leading them to believe that gut health is linked to endometriosis.

"How healthy your gut is affects your disease burden,” said principal investigator Ramakrishna Kommagani, PhD, an assistant professor of obstetrics and gynecology at Washington University’s Center for Reproductive Health Sciences.

“What you eat can affect the bacteria in the gut, and that can promote endometriosis, so it’s important to have healthy habits and to make sure you are harboring good bacteria so you won’t get the disease and the pain associated with it."

The team believes that metronidazole will help tackle the condition in humans too and are putting together a clinical trial with sufferers.

END_OF_DOCUMENT_TOKEN_TO_BE_REPLACED

Endometriosis is a condition whereby womb lining grows outside the womb in other places in a woman's abdomen, such as on the ovaries, bowels and fallopian tubes, but has no way of shedding each month and so builds up, leading to swelling and pain.

“This is a silent epidemic in that often women think they are just having cramping during their menstrual cycles," said Kommagani.

“It’s only when the pain reaches a point where they can’t handle it — and it’s not contained within the cycle — that many realize something else is going on.”

Girls With Goals || Her · Ep.161: Feeling Peachy - Sharon Keegan of Peachylean on being an absolute BOSS!
popular
Aldi is selling a 2in1 grill and fire pit just in time for summer
Meghan Markle posed with a Kate Middleton magazine cover in 2014
Cork school may need to close due to "serious" Covid outbreak
Chris Watts in protective custody in prison over "danger" of other inmates
Suzanne Jackson says she will "split time" between Portugal and Ireland
Doireann Garrihy confirms new 2FM breakfast show and start date
Why is the weather app always so wrong?
You may also like
1 week ago
Doctors warning young people against 'sun cream contouring' TikTok trend
2 weeks ago
Queen gives sex toy company royal honour - and rightly so
2 weeks ago
International travel moves closer after European Parliament votes in favour of introducing EU Covid-19 certificates
2 weeks ago
1 in 5 of women with heavy periods will have an underlying bleeding disorder
2 weeks ago
Boots launch online doctor consultations and repeat prescription service
3 weeks ago
Terrie McEvoy helps launch fertility awareness campaign aimed at women in their 20’s and early 30’s
Next Page