Sleeping with a light or TV on could make you gain weight, study finds

Artificial light has long been known to interrupt your sleep.

But now it appears there's a link between artificial light, impaired sleeping and weight gain, too.

When you nod off is generally dictated by your circadian rhythm, your body's natural, built-in sleep clock. Biologically, humans are wired to fall asleep when it gets dark outside, and then wake at dawn. 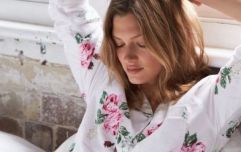 END_OF_DOCUMENT_TOKEN_TO_BE_REPLACED

However, it's not that simple - since we decided to invent lamps, TVs and then work jobs that involve night shifts.

All of these pump artificial light into your eyes which make the prospect of deep sleep a difficult idea. New research suggests artificial light could potentially increase the risk of weight gain.

Previous research found that it takes 60 percent longer to get to sleep if you've used an electronic device in the hour or so before sleep.

According to scientists at the National Institute of Environmental Health Sciences, sleeping with a television or light on in your room may be a risk factor for gaining weight or developing obesity.

Published in the journal JAMA Internal Medicine, the study was the first to find an association between any exposure to artificial light at night while sleeping - and weight gain. The results suggest switching off lights at bedtime could slash your chances of gaining unwanted weight.

Sleeping with the light on

As part of the trial, scientists surveyed almost 44,000 women. The survey asked whether they slept with 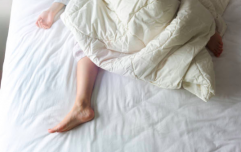 END_OF_DOCUMENT_TOKEN_TO_BE_REPLACED

Results varied according to the level of artificial light subjects were exposed to.

For example, using a small nightlight wasn't associated with weight gain. However, those who slept with a light or television on were 17 percent more likely to have gained five kilograms (approximately 11 pounds) by the time scientists followed up with them.

The study's lead author said: "Unhealthy high-calorie diet and sedentary behaviours have been the most commonly cited factors to explain the continuing rise in obesity. 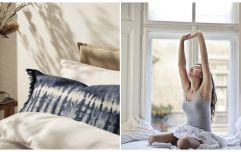 END_OF_DOCUMENT_TOKEN_TO_BE_REPLACED

"This study highlights the importance of artificial light at night and gives women who sleep with lights or the television on a way to improve their health."

Although the research was conducted on women, it's unlikely the outcome would be significantly different in men.

popular
Police search underway for missing YouTuber Gabby Petito's boyfriend
Derry Girls star speaks out after show called "distinctively British"
The 'secret' Zara label signs that'll apparently help you get the right size every time
TikToker claims to have picked up missing YouTuber Gabby Petito's fiancé hitchhiking
Here's what happens on every day of your menstrual cycle (roughly)
Penneys has launched a major sustainability pledge – and here is what is changing in store
Scandi Christmas magic: IKEA has given us a sneak peek at their Christmas 2021 collection
You may also like
2 weeks ago
Waking up tired? The 5 houseplants that can help you get a better night's sleep
1 month ago
If your dreams are really weird right now, this could be why
2 months ago
Hello heatwave: 3 things to try if you're struggling to sleep in the heat
3 months ago
I tested CBD oil for better sleep this past month – and here is how I got on
3 months ago
Struggling to sleep in the heat? This viral TikTok hack is making people sleep in just minutes
9 months ago
Sleeping with your dog in bed can actually be good for your health, shows study
Next Page